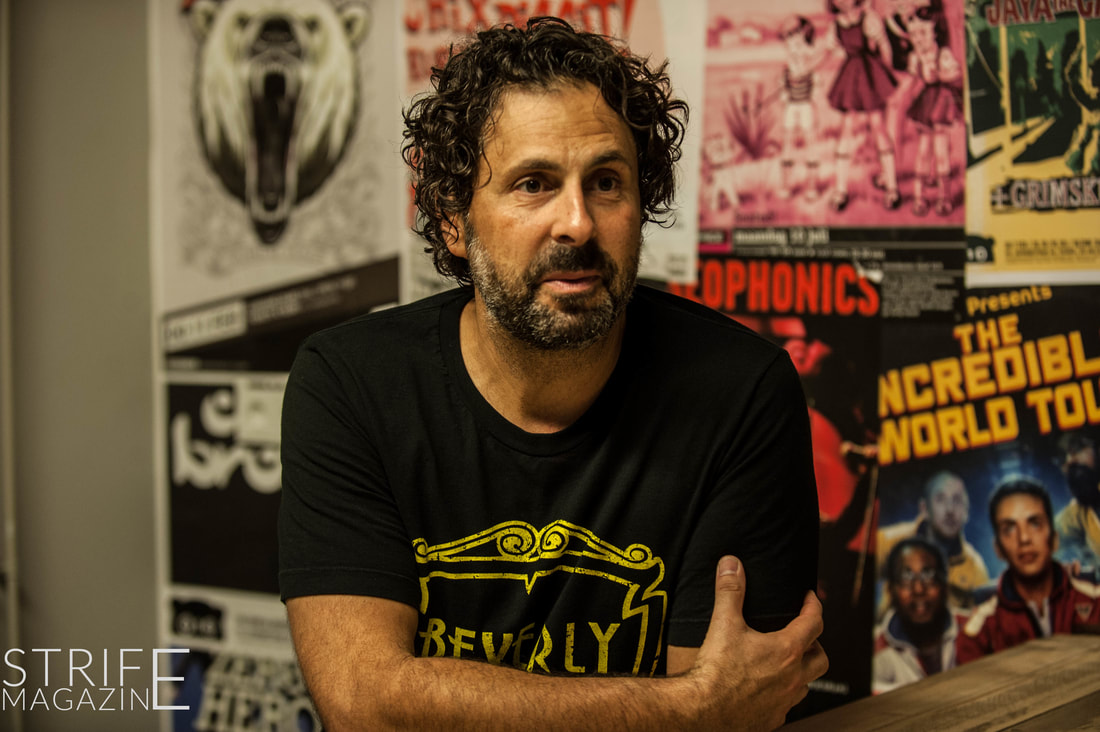 Papa Roach, a band with a magnificient 3-decade spanning career returned this year with another brilliant record. While the band has gone strong for so long, they continue to be passionate about the music they create and the performances they deliver to their fans worldwide.
On their most recent European tour, we had the privilege to sit down with the band’s drummer Tony Palermo to discuss the new record “Crooked Teeth”, as well as why they returned to the stage just a while after they finalized the recording of the new record.
This and more can all be read in the wonderful chat we had with Tony Palermo below!

How are you guys today?
Good! We’re excited to play! We haven’t played the new venue yet! Last time we were here, we were told like “Oh, next time you guys will be here, the venue will be bigger and everything will be better”, so yeah, we’re excited to play the bigger venue! We always have good shows in The Netherlands.

“Crooked Teeth”, you worked with Colin Britain and RES for the first time. How was it different than working with your previous producers?
Well, first of all, we’ve worked with a lot of great rock producers in the past. Some of which were older guys, a bit more oldschool. These two are younger and they just came with this creative energy that was undeniable. They were just giving us ideas and it just gelled right away. We interviewed a few other producers, but in the end these two were the best fit. The first song we wrote with them is “My Medication”, and the experience of writing with them was good! That came out of the first session together! Their energy and creative influence was really great and worked very well with us. They’re older fans aswell, so they were fans of preserving the old Papa Roach sound, but they also do pop-stuff, so they implemented some pop stuff into the music as well. It’s funny cause our manager was kinda freaking out saying “These guys have never done a full record, you are crazy for doing this with them.” They thought we were nuts, haha. But yeah, we proved them wrong, we made this killer record (we hope). You gotta just trust in it and see it true. 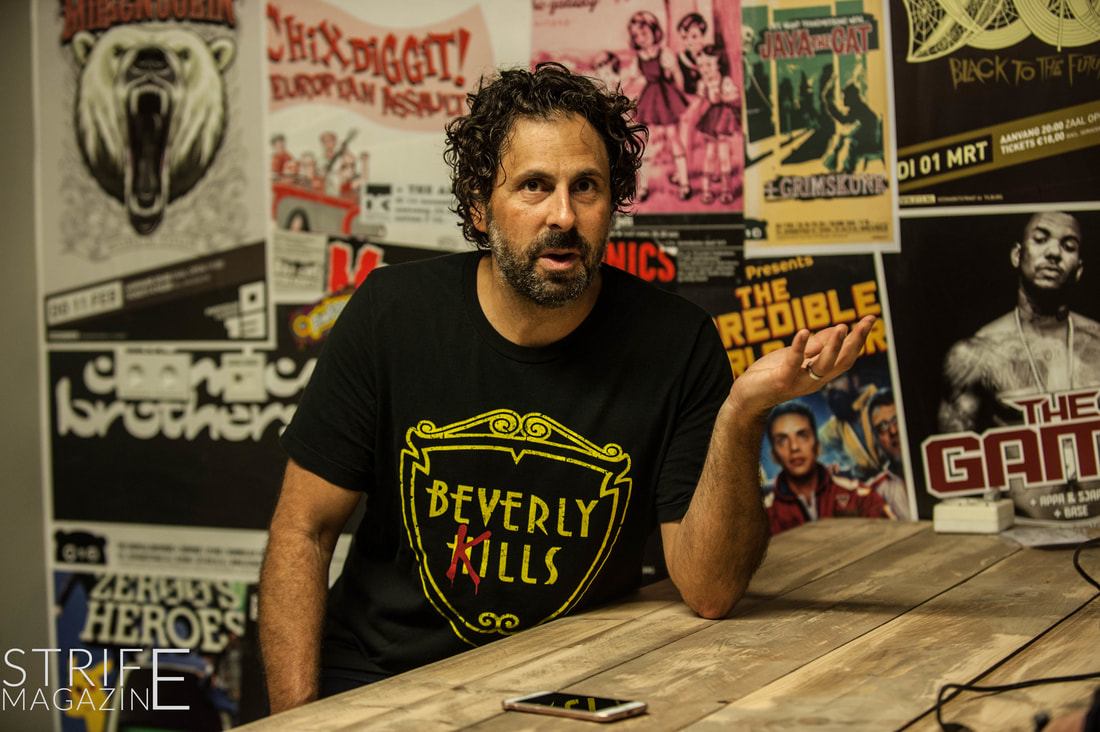 ​So for these sessions, you went with the same producers as for the record?
Yes, we are going to get back in the studio with them again for the next record.. it’s like 98% sure. We have like 5-6 songs demo-ed already, so yeah that’s going to be good. There are some really good songs already. At first, I was like “You guys are crazy, getting back in the studio.. we just finished a record!”, but honestly, it was a good move. Everyone was still so creative and hyped to go back and work on new tracks, so we just went with it and did just that.

On the new record, you guys worked with Machine Gun Kelly for the emotional track “Sunrise Trailer Park”. How did this happen & how was it?
Well, we had started to listening to MGK and we were amazed by his tracks. We had done the APMAs and performed with him. Each band gets like 10-12 minutes on stage and we wanted to collab with him for this performance and he was totally up for it even though we had never met him. We performed a track of his and then “Last Resort”. It was funny because he was like “man, I can’t believe I m hanging out with you guys, I’m such a huge fan”. Jacoby Shaddix later reached out to him to perform on a track of ours and that became “Sunrise Trailer Park”. Jacoby had the story, which is a real story btw..  Jacoby went out one night and he fucked up. He was driving 70 miles an hour and tried to shift gears and he shifted into reverse and his truck flipped. In the song though he sung about his friend dying, but luckily that didn’t happen in real life. MGK heard the track and he loved it and he was very  excited to sing on the track. He sings the friend part in the track. It was kind of a no-brainer really, Jacoby played him the track and he was like “I’m down!”. We sent him the track and he sent it back and it was amazing.. it was a fast process. No managers or labels involved, it was quick and painless.

You talked with a drummer magazine a while back, saying that you like to challenge yourself when making new tracks, but also to challenge the listener! Which track on the new record was most challenging for you, and which you do you think is the most challenging for the fans?
For me drumming wise, “Crooked Teeth” is tough! The track is a very energetic song. The way the verses are played is kinda broken down. I would normally play like straighter with more hits on the crash cymbal, but this track is like quarter notes, so it was a bit unnatural,  so that was surely a challenge!
As far as challenging goes for the listener, I think the track “Periscope” challenges the most. It’s a bit more poppy and something very different than the any other track we’ve ever written.
Maybe even more challenging though could be the track “None of the Above”. This track is the latest on the album and it’s not a conventional Papa Roach track at all. There’s not a real beat in it, it’s sorta broken down. When that was being written we were like wow where is this going, we’ve never done something like this before.
We’ve been playing this track live every night and it’s been really cool to see people go crazy to it. It’s a bit different but still a Papa Roach track. It’s one of our favourites track to play live at the moment! 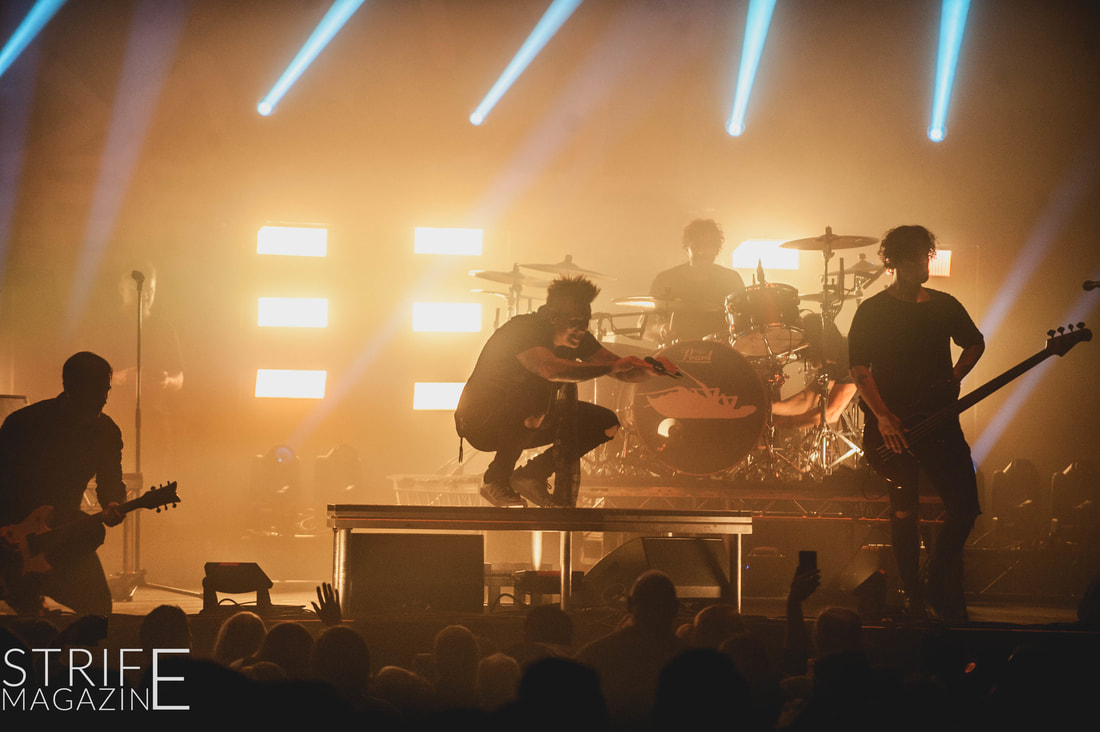 If you were not attached to Papa Roach and you were asked to start your own music project would you do something completely different or would you do something similar to Papa Roach?
I definitely learned a lot being in Papa Roach, musically and songwriting wise.
I would take some of those elements for sure. It’s very important aswell to check what works in the live show and what doesn’t. The reaction of the crowd is very important to us and something that is been very valuable to learn. If a song isn’t being responded to the way we want to, we just take it off the setlist. It’s about the fans in the end!
But personally, I like indie bands a lot too. Bands like Quicksand and Failure.. they came out of the 90’s, they’re not mainstream rock but I really enjoy their music. I’d do a blend of that, and some Rage Against The Machine grooves and riffs.
I’d also love to play some Funk! I love Funk and old R’B. My side project would be very diverse!

As a very experienced musician, what advide would you give bands who are just starting out?
It’s definitely not easy!
We are very fortunate and appreciative of having this career and being able to do this for as long as we have. One of the most important things I’ve learned is to stay true to yourself.
Play for yourself first and foremost. You have to feel it! Practice your ass off, play with as many people as you can, because that makes you better. As far as a band goes, if you have a sound and you’re feeling good about it, stick with that! There’s always going to be people, whether those are fans/friends or labels & managers, that are going to want to change you, but stay true to yourself and forge your own path.