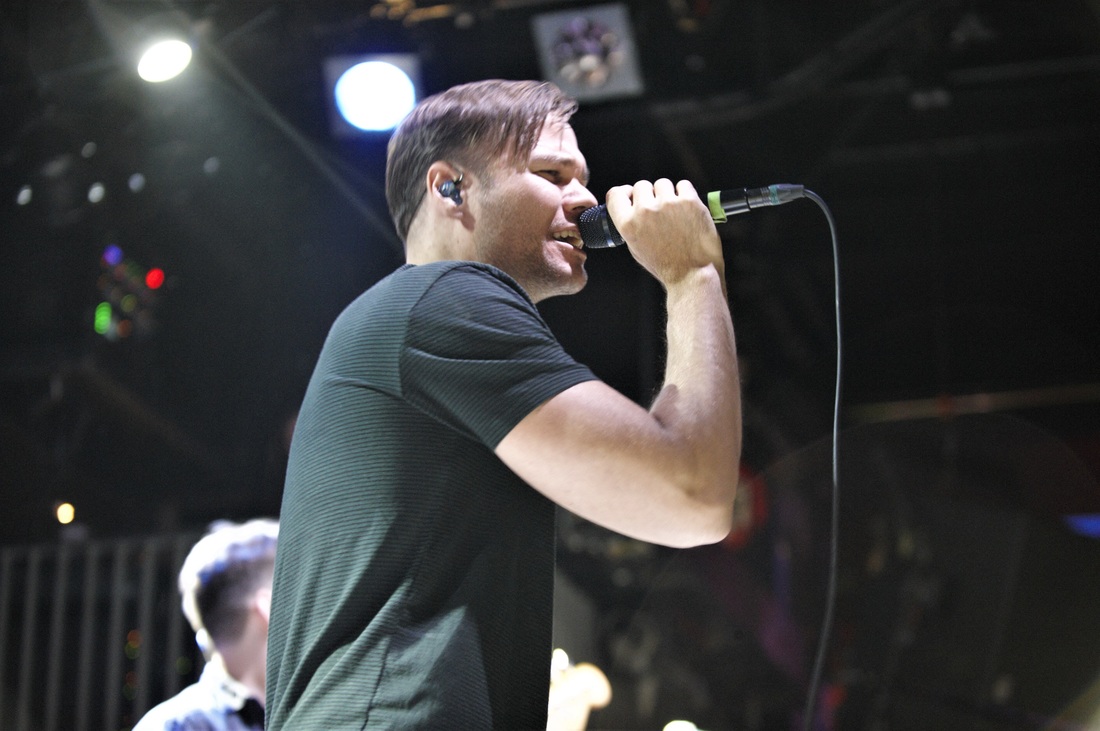 Dance Gavin Dance took their very special 10 year anniversary tour through The Netherlands for two special shows.
One of these shows in Haarlem’s venue Patronaat and luckily enough we were there to document the special happening!
Dance Gavin Dance came accompanied with their three vocalists throughout the years, aswell as support act Good Tiger.
The night was opened by a brief solo set from ex-Dance Gavin Dance vocalist Kurt Travis.
After that, ex vocalist Jonny Craig performed a few tracks.
This was however cut short, due to Jonny Craig not feeling well.
We photographed both those sets, aswell as all three of the vocalists fronting Dance Gavin Dance later on.
Kurt Travis, Johnny Craig and current vocalist Tillian Pearson both took the stage during their set, to represent some of the tracks from their era in the band.

All shots from Good Tiger & Dance Gavin Dance can be seen below!