Waterparks have announced a bunch of new tour dates!

The band is currently touring the US on their Made In America Tour, and after releasing a list of UK dates earlier this month, they have now announced the entire European leg by adding a bunch of mainland Europe shows to it as well. Support acts for this tour leg are yet to be announced.

The tour will be in support of their upcoming album “Entertainment”, which is coming out on January 26 of next year.

Tickets for the newly added European shows are going on sale this Friday (December 1) at 10am UK time. All of the tickets will be available here.

You can check out all the dates on the tour poster below! 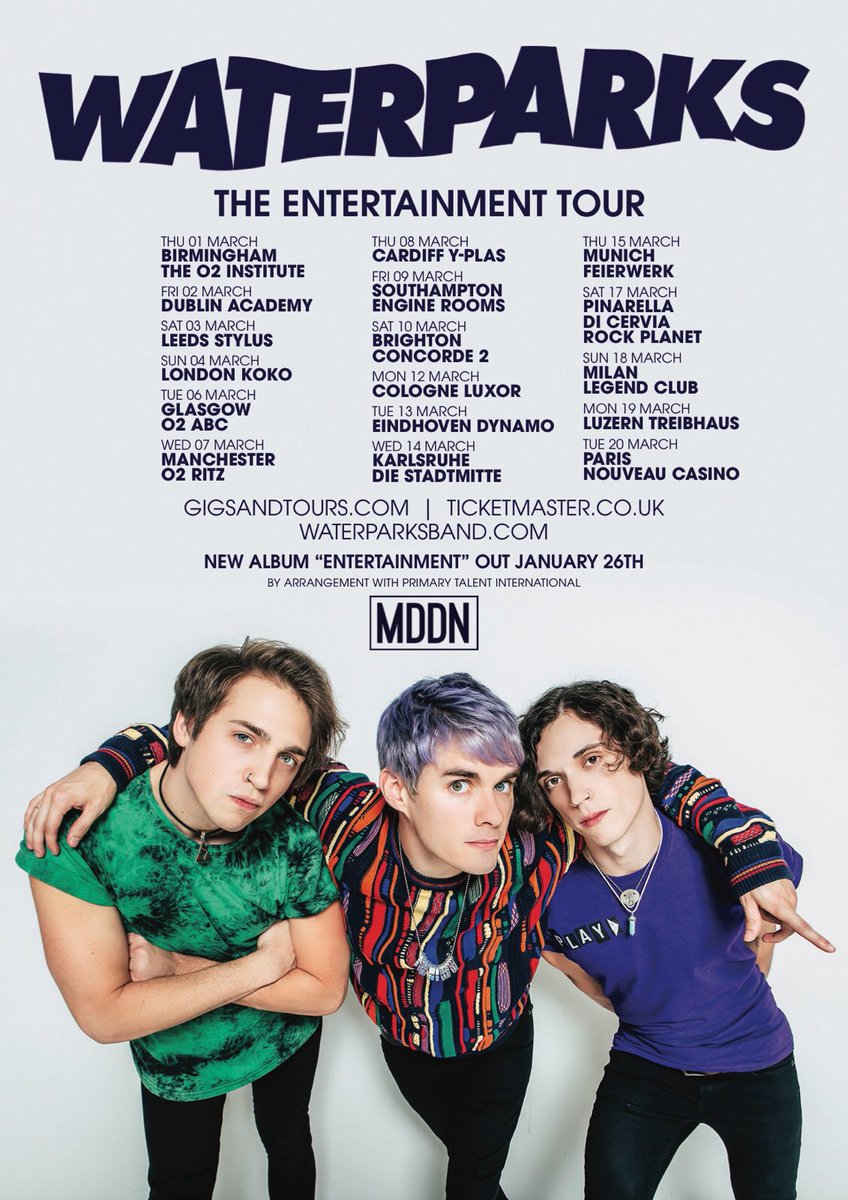