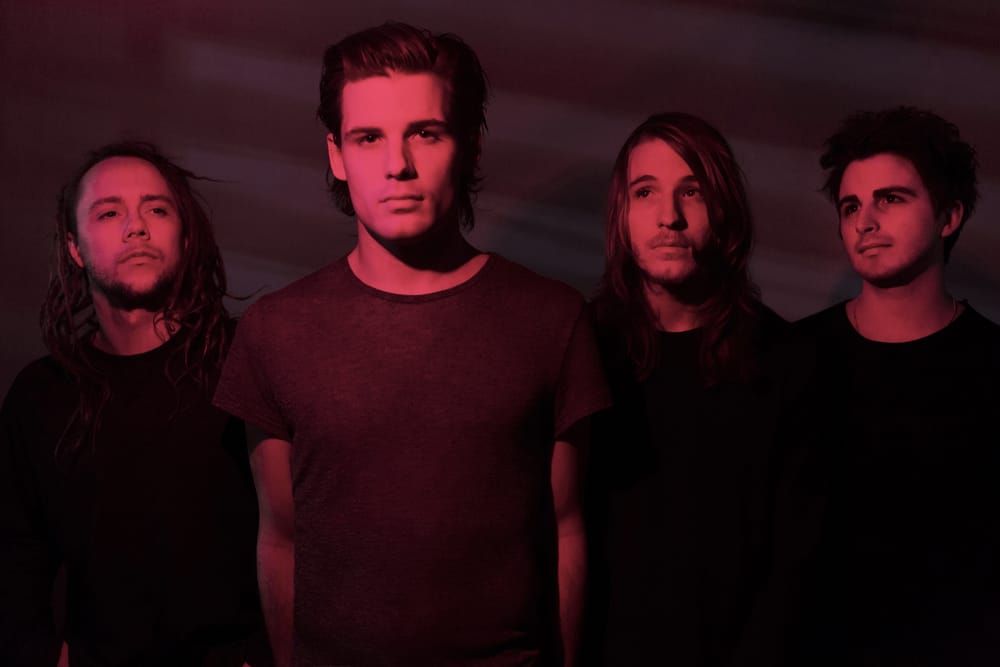 ‘Treehouse’ is the fifth studio album, through Sumerian Records, and is the first release after a line-up change for the band which saw the departure of Zach Johnson (unclean vocals) and Jimmy Gregerson (guitarist). I couldn’t wait to dive in and review the album after seeing the amazing music video for Calm Snow, which is the first track on ‘Treehouse’.

Calm Snow being my first introduction to I See Stars had me mesmerised. It was beautiful combination of piano, electronic accents, switching easily into a rock sound of heavy guitar along. It also had angelic vocals morphing into a heavier scream. If this song were edible, it would contain all the flavours that I love, while not clashing with each other at all, even when logically it seemed that they should.

Here is the incredible video for Calm Snow before we move on to the rest of the album.


Track two is Break which begins sounding like a kind of beeping and medical breathing apparatus. It soon drops into metalcore, with a crystalline stage of angelic vocals laid upon it at the first verse. In the pre-chorus the sound amps up again and we’re rocking out to the drums. The metalcore chorus with keys is amazing. I am digging cruising my ears through the layers of sound, recognising that the beeping is there underneath, despite being smothered by guitar and other instruments. There’s something soothing about that, like a heartbeat.  There’s also what sounds to be beatboxing(?). This song is incredible.

The bridge of Break is magical; with a gradual building of sound, the sweet strains of strings, the ongoing beeping all the while, and a vocal escalation. The lyrical focus on the concept of healing adds another element, making the beeping and medical feeling make sense:

“Our hearts were made to start the healing
Bring back the pain, I want to feel it”

Another impressive track which also has an amazing video.


Immediately after Break finishes, we are right into White Lies. Electronics and clean vocals are the focus on this track as it begins.  Distortion buzzes and strings combine as the song flows on. There are no hard edges to White Lies. Even the harder hitting metalcore chorus feels fluid based on the timing and lyrics. The vocals echoing out through the track are beautiful.

Luke Holland (soon-to-be formerly of The Word Alive) who tracked the drums on the majority of ‘Treehouse’ shared a video of his playthrough of White Lies.

I loved the title of the next track, Everyone’s Safe In The Treehouse before I even heard the song. The introduction’s gentle accents and a soft rushing sound took me to a forest at night by a river. And when the verse starts, it’s a strong sound of guitars and drums, yet subdued vocals.

At the chorus, it hits harder in accusation:

I adore everything about the bridge: The crowd effect of the singing, the lyrics (“Are you alive or are you just living?”) screamed out seemingly effortlessly, the guitar and drums kicking ass, the electronic tweaks. Just awesome.  I See Stars are making it easy to fall in love with ‘Treehouse’.

The blasting metalcore intro of Running With Scissors after the subtle wind-down of the previous track is a deliciously heavy start. From the first verse I love the vocal effects of falling in and out and exhalations.  The song sound can’t be nailed down to one particular genre (well, I wouldn’t want to), and this is one of the things I love about I See Stars. There are screams as well as soft electronic-focused interludes, and a sweet thunderstorm and drum bridge before the last chorus.

What a lyric:
“I’m trying hard to be someone
But falling short of the person
I want to be”

Another thing I love about I See Stars is the building up into a fantastical chorus, and that is done very well in Running With Scissors. Have a watch of the music video.


Mobbin’ Out is yet another amazing song on ‘Treehouse’. Go into this song with zero expectations of where it’s going or what it sounds like. Light vocals open up the track, “I will not go / I’ll make it through the night”. There’s an escalation of sound; vocals, drums and electronics. The build up drops into an electronicore pot of gold; home to metal guitars & drums, screams and electronic samples alike. It’s incredible, then going from this melting pot of awesomeness into a clean chorus accented by angelic vocals: “I’m giving up on you / But I’m not giving up on me”.  The same repeats and it’s all I can do to just sit and absorb the awesomeness of distant-dubstep-relatives dancing with metalcore. This song is my spirit animal.  The last 20 seconds are killer.
Walking On Gravestones is a unique track, with a focus on vocal effects throughout. It includes guitar and drums but seems more electronic than -core, and is soft and sweet. The lyrics are barely there, but seem to be specific to relationship entanglements. It’s a beautiful interlude on the journey that is ‘Treehouse’.

The next track, Light In The Cave brings back all the -core. It has a sound like a mash-up between a gentle melody on keys and metal guitar & drums. At first Devin’s vocals seem to suit the gentle melody that continues, and during the pre-chorus while the melody takes on an 8-bit edge, I am wondering whether he’ll lean into the metal. The build-up of the drums are the invitation and the chorus results in sweet relief; a perfect marriage of the two sounds.  This is such a surprisingly pretty track. The two sides actually combine well, and it perfectly expresses the elements of light and darkness that the song is expressing.

Track nine is All In. This has a rap sound vocally, or at least faster paced vocals, as well as a dance track sound, though heavier accents are present.  I’m a big fan of the sound despite it being very different to other tracks. It has a feel like limbo, and lyrically it could be a song describing a time of question marks and where things were headed with a line-up change resulting in a change in sound for the band. The I See Stars fanbase is referred to as the ‘mob’ and I feel like the song is inviting both themselves as a band and the mob to be all in and take a risk. It’s clear to me that “All In” is a big deal for the band.  The change that shows itself in the last 20 seconds is a nice surprise.

The intro of Two Hearted has it feel like a track 10 kind of track, getting toward the end, and I’m already not looking forward to this album being over. It’s keys and a sick rhythm played out, which then is echoed by heavy guitar and drums. Speaking of drums, the drumming in this is amazing, along with the bass. Both are deliciously grounding in the wake of Devin’s sky high vocals.  The momentary pauses work so well in gathering our focus, while I See Stars are presenting with us with layers of sound. The bridge is something else; I fell for the crowd sound in silence, a keys melody joining in, the smooth bass, and how whispery the lyric is sung (“If there’s a chance / The light may follow you home / You know where to find me”). I love it all and the final chorus pulls it all together.

Portals is beautifully begun, with sweet vocals and pulses, before a layered build up. This song is layers from one direction and another and we are swept along with it, melodically as well as screamily:  “I JUST WANT THE WORLD TO KNOW IT’S REAAAALLL!”

The drop halfway through the song, from metalcore into some kind of bass-grinding melodic electronicore & sass guitar blew my freaking mind.  I kept playing it back to make sure I heard what I heard. Whaaaat!

This song is so good (understatement) and one I’ll be playing again and again. Another great lyric in this song is: “I can feel centred and the world comes with it.”

Last track of the album, Yellow King, kicks off with a cool keys and guitar rhythm. It doesn’t get more beautiful than when the lyric “But the stars aren’t far enough / For you to grab them / Right out of the sky” is sung lightly and cleanly. This song combines clean and unclean vocals and I can’t put into words how much I love the entirety of it. The drumming is stellar and the transitions in and out of heavier sections are flawless. This song feels much more like a ballad of a song than others on the album which has it really suited to close out the entire album.

‘Treehouse’ has really been a unique collection of sound. It strikes me how this one album could really resonate with lovers of metalcore or ‘electronicore’, or even those like me who dig the randomness and changes.

I had previously read some harsh reviews of ‘Treehouse’ and I’m glad I came into the album as a fresh listener, without any expectations or lenses through which to hold the album up to.

Purely and simply, this is exceptionally good music, expressed artfully and skillfully. Listening to ‘Treehouse’ has been quite a ride, demanding openness to the music as it is, which is impossible to do if you’re expecting something in particular. Stream it below and have your expectations leave the room while you do.

I loved it and I am already ready for another listen and I’ll be looking out for when I See Stars tour Australia. Now where do I sign up to join the Mob?