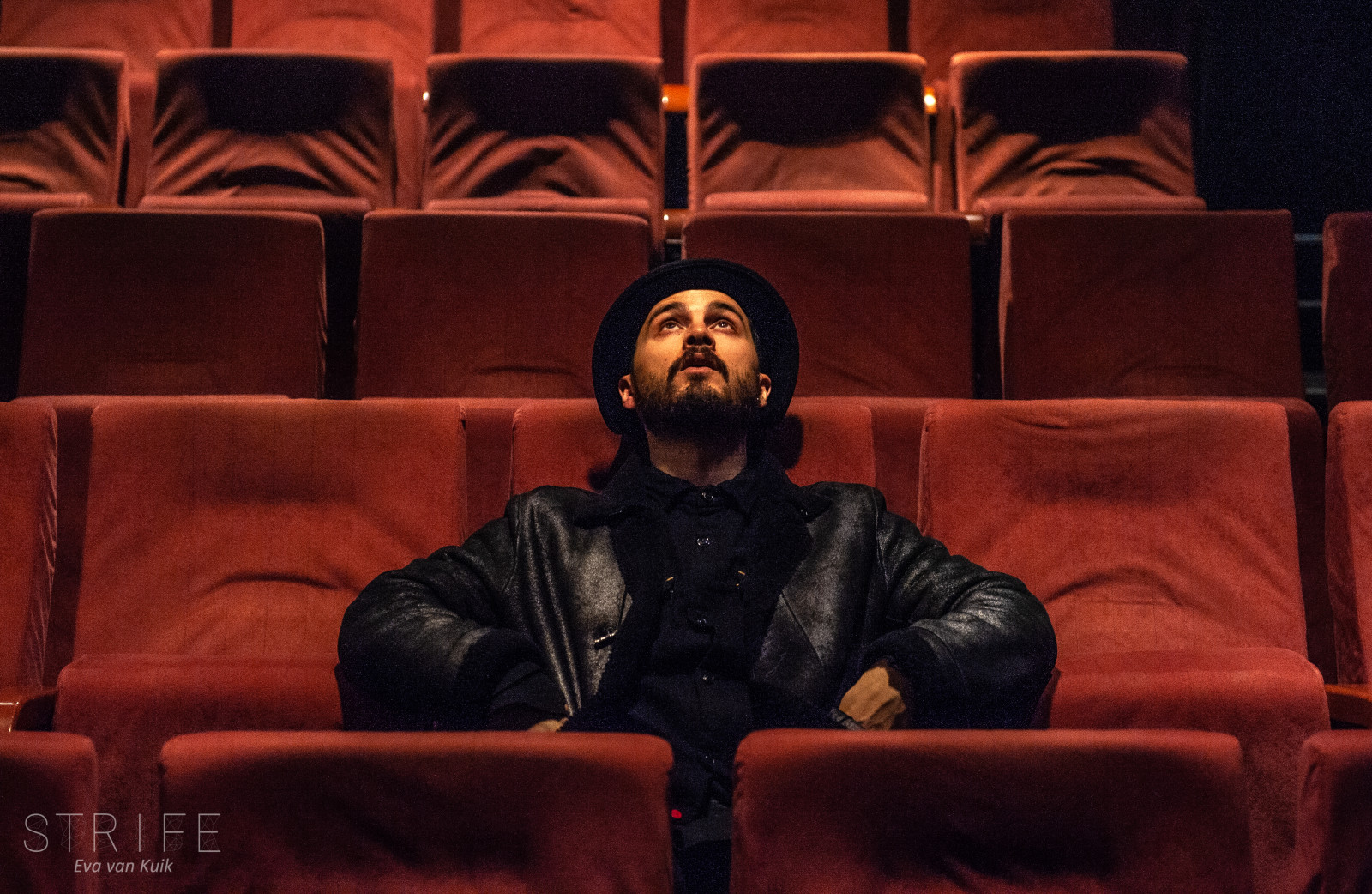 The talented actor/singer-songwriter Michael Malarkey (known from The Vampire Diaries & Project Blue Book) released his brand new music album ‘Graveracer’ back in January. Surrounding the release of the album, Malarkey came to Amsterdam for a sold-out show. Before the show, we had the absolute pleasure to sit down with Malarkey and discuss a variety of topics, including his new album of course, but also heavy music in general, combining two very time-consuming careers and more. Here’s what went down!

Q: Thank you for your time! How are you doing today?
A: I’m great! I’m excited to be back at Melkweg, this is the second time I have played here and I love Amsterdam, it’s just a great city and it always has a great crowd. Happy to be here! Last time I was here was about a year ago, my last tour here. It was a rescheduled show. We had to reschedule some dates because I booked a TV job, ‘Project Blue Book’, the series I’m working on.

Q: How has the tour been going so far?
A: It has been wonderful! We’ve had wonderful crowds so far and lots of enthusiasm about the new record. It has just come out and already people seem to connect with it. We have had great responses to it, which is nice. We are already very in sync with each other as this is the same group that we recorded the album with. Alex (Williams) and I have worked together since I started putting music out so we go back the longest and her husband Tom is the bass player.
They are in another group called A.A. Williams, they are fantastic. They brought in Wayne who they worked with before and he came in prepared with the drum parts and was very enthusiastic and wanted to join the tour as well so that was great.

It all went very quickly, we recorded the album in 8 days in Sheffield, UK, which is the place where I recorded my very first EP. So that was a nice full circle. I had done a lot of the planning beforehand, more so than the record before. I recorded a lot of drum loops and bass, so I had a pretty good blueprint of all the songs, of what I wanted to do. Obviously the group brought their own input into the music and I want to draw on everybody’s strengths so they can do their own thing too. But yeah, it was a very easy process and we had no problems whatsoever.

We are now definitely celebrating the release of the album together. 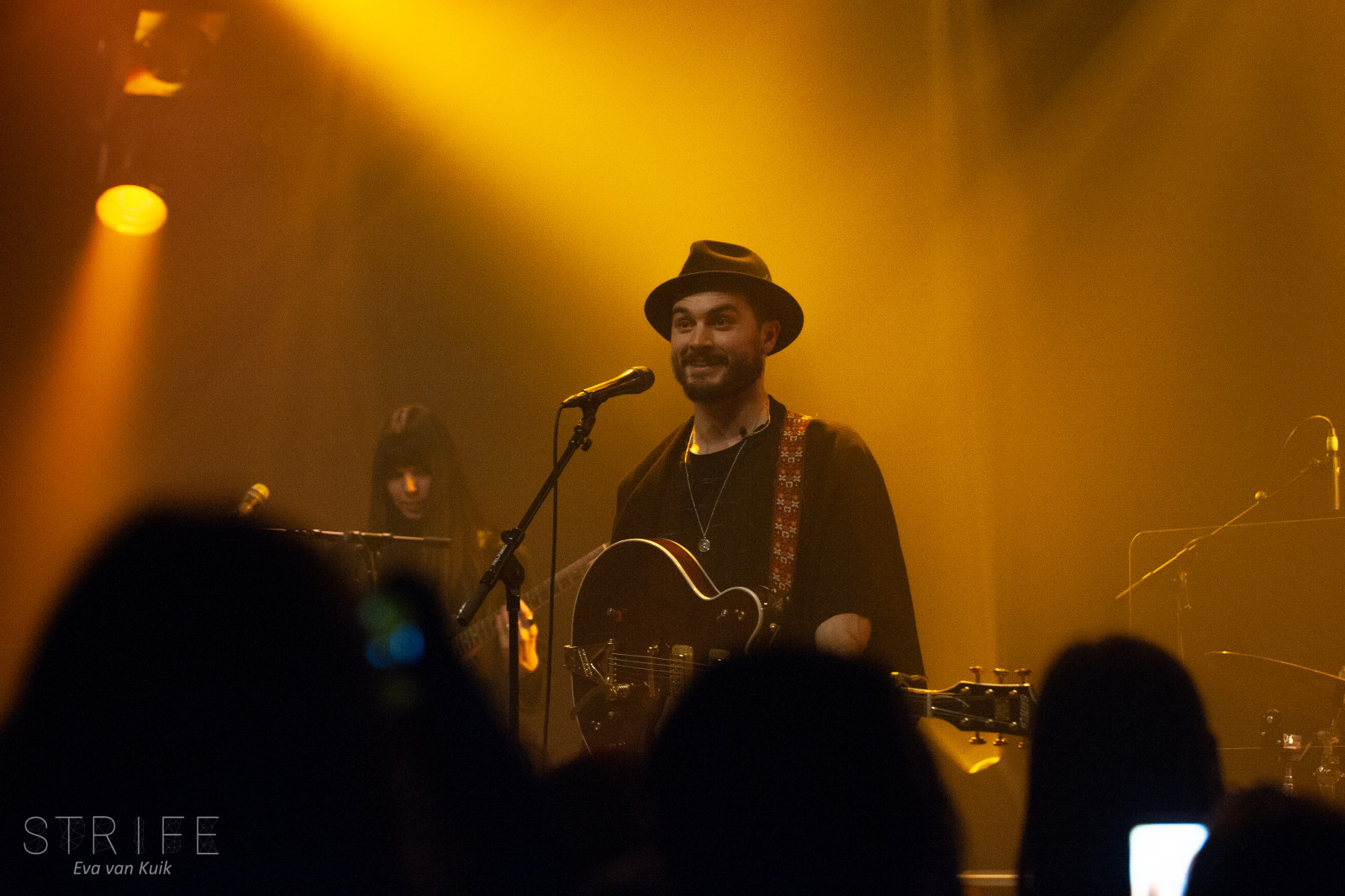 Q: Speaking of the album, congratulations on the release! You shared on your Spotify bio that the record was written under some turbulent times. Figuratively, but also literally as you have survived two hurricanes during the writing process. Can you tell us something about that experience?
A: I escaped the island before the hurricanes happened but there was one time where I didn’t think I would be able to. I was thinking about things in a different way, reflecting on life and thinking about who I am as a person. I think it’s a very self-reflecting record and it’s about a time that I overcame something. That time is all over now, so I’m happy I can look back on it and not let it overwhelm me. I put it into creativity. I feel lucky.

Q: So it definitely shaped the record?
A: Yeah, for sure!

Q: The artwork for the record looks beautiful. Can you tell us something about it?
A: Yes, definitely. I spent a lot of time in Puerto Rico and the whole concept of the album is about my time there and my relationship with the sea. There is an overwhelming feeling you get of the ocean. Of beauty but also of helplessness. We’re so small and I wanted to capture that feeling. So I looked for some sea images and I’m following all of these photographers that do close-ups of the sea and I found this guy Ryan Pernofski and he had this great image that I saw and I pulled the lighting down a bit because it was quite an uplifting image and I wanted that ominous vibe to it. There is a lot of hope to this record, it’s not all dark. It’s coming from the perspective of overcoming things.

Q: So the record has a lot of hope to it. How would you describe the record in a few keywords?
A: Oh, that’s a hard question. Ehm… just my fucked up life. How would you put it into words? I think that’s the point, you don’t want to put a label on your own work. It is so much of you and your life and I’m not trying to do a genre. I’m just trying to do what comes naturally based on my influences. It’s difficult to describe. It’s definitely lyrically-driven.

Q: How do you combine your two careers and when do you write your music?
A: It’s pretty hard actually and it’s getting harder because I have a family now. Your life gets shrunken down to that a lot of the time and you have to create time to do those things. The benefit of that is that I have been wiser with my time and started planning things. And coffee. Lots of coffee.

With me, writing happens when it happens. But sometimes I do know that I have an afternoon free with nobody in the house and I’m just going to pick up my guitar straight away and work on some stuff. If something happens, cool. If it doesn’t, cool as well. There is never any pressure. I feel like when you work with that kind of pressure, it kills things. But when I work on a song and I’m feeling it, it actually goes pretty fast. 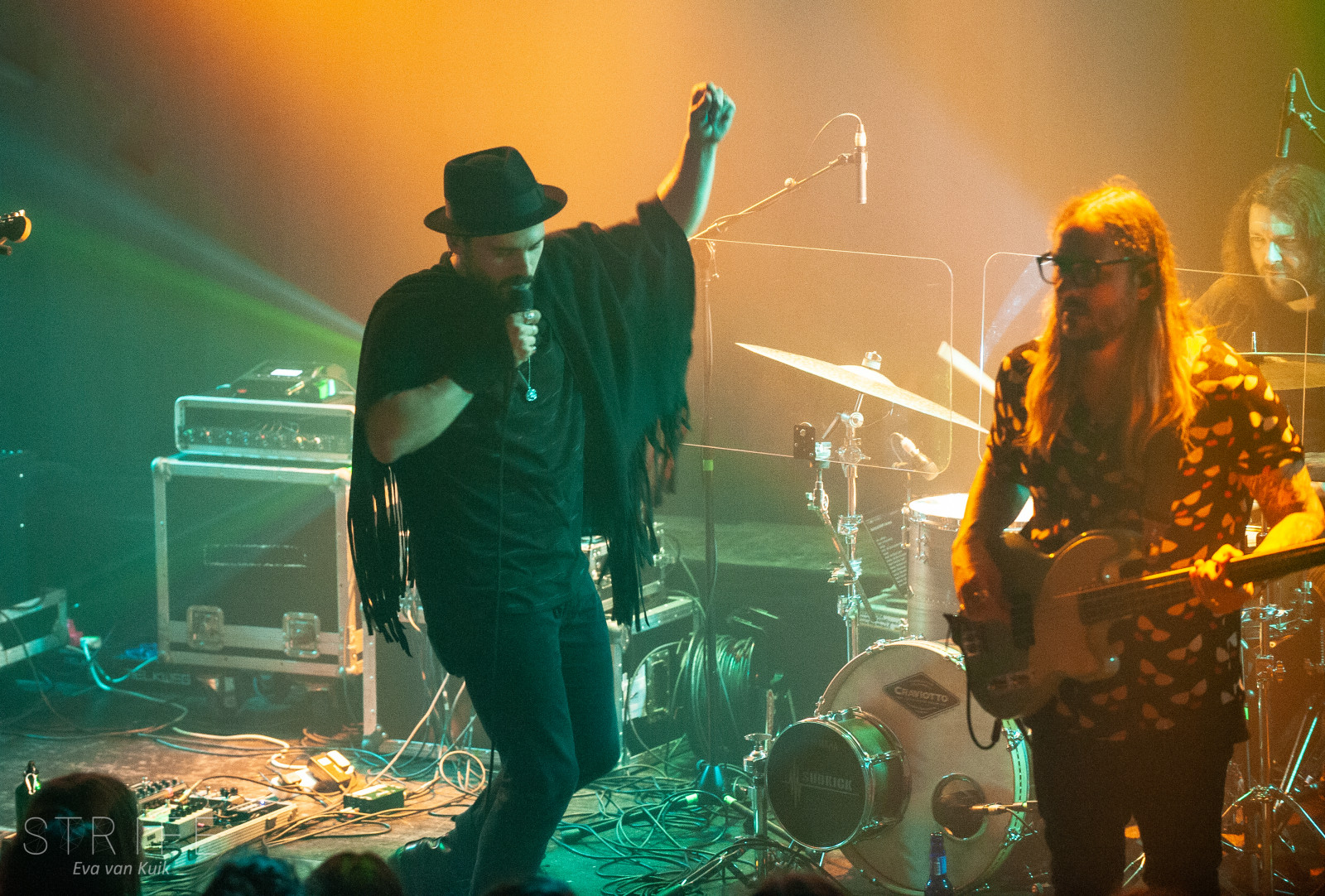 Q: You said in a previous interview that you are drawn to the darker things, which comes out in your music as well. Is this something that you have recently developed or have you always felt that?
A: I see it all, I see the darker side of things. I don’t know what that’s about really. It’s how I’ve always been. Maybe it’s because I was born in a war. That’s what my mom used to say when I was a screamer in a hardcore band, “I think it’s because you were born in the bomb zone, that you’re into that heavy music”.

The point is, is that there are tons of us out there, who are drawn to this kind of heavier music and darker things. It’s not an abnormal thing. I think it’s more normal than people think and it’s actually healthy. When you go to punk shows, there is a tribe nature there, of support. That’s positive.

Q: Speaking of the heavier music, what are some of the artists that you enjoy?
A: Oh, so many. Converge have always been one of my favourites. I think they are the most innovative and punk, heavy group out there. They do their own artwork and have their own studios.
Code Orange is doing some great stuff, they are blowing off. I was following them since they were kids.

I’m thinking of a million to say, so it’s very difficult to say right now.

There is also this new group called Blood Incantation, they are pretty sweet and they have a lot of ‘Alien’ themed things and it’s pretty dope. I like the alien theme too. The new show I’m working on, ‘Project Blue Book’ is all about that.

Q: Music-wise, what are some of your goals?
A: I don’t really have any goals. My only goal is to just get through what’s in front of me and learn from it and do the next thing. Just do today.