Interview with Ashley Adler Coro (President/Co-Founder of Can You Hear Me?) 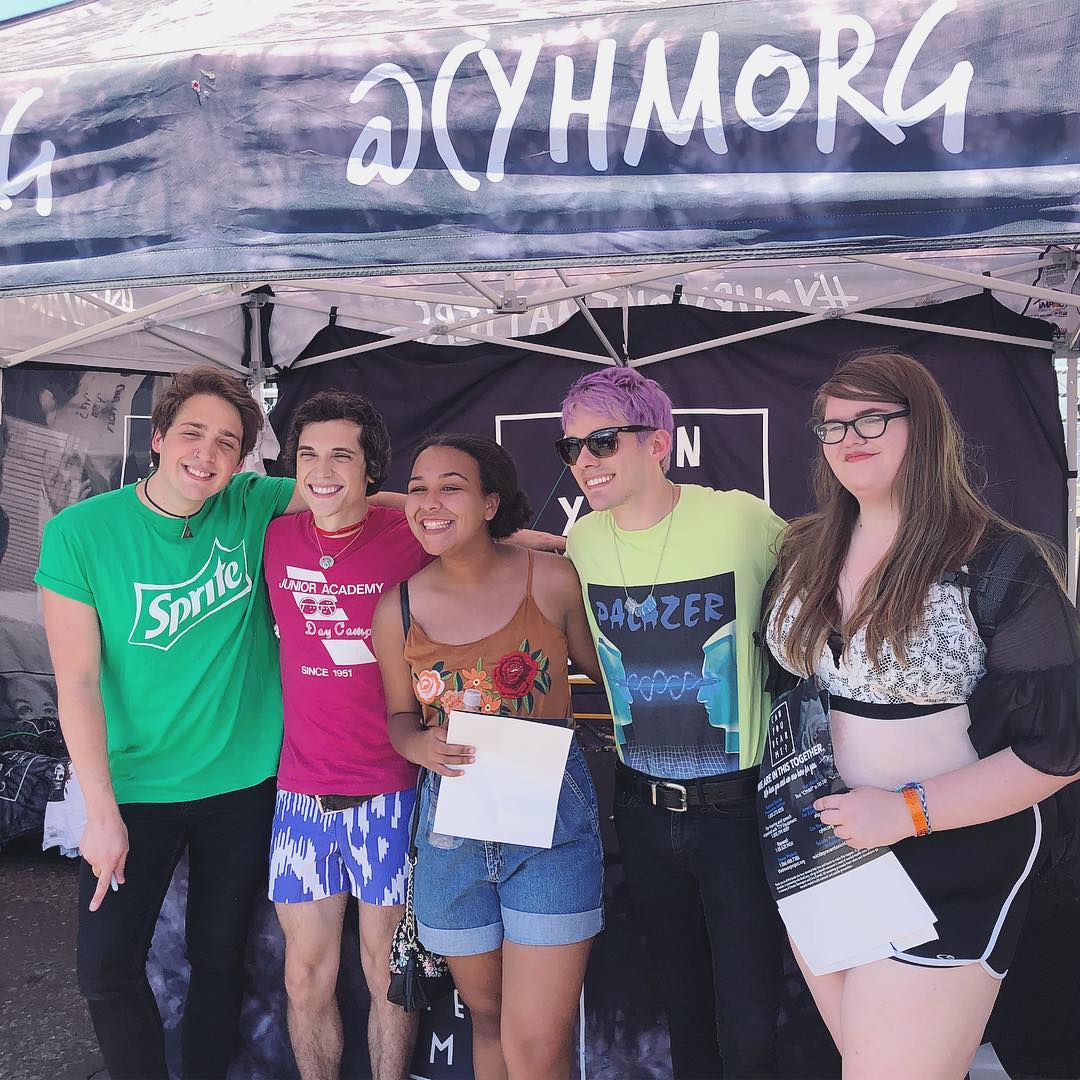 At CYHM.org (Can You Hear Me?), teens have a safe outlet where they can share their stories without fear, without judgment, anonymously or not, and enter a community where teens support each other, feel heard, and have access to multiple resources.

Over the past three years, CYHM? has grown to over 27,000 engaged followers on social media, with over 360 “teen reps” in a closed Facebook support group spanning 14 different countries. CYHM? has reached hundreds of thousands of teens and young adults in need through various outreach efforts including Vans Warped Tour, SXSW, High School Nation Tour, online interactions, social media influencer partnerships, and providing opportunities for their teen reps. ​

To learn more about this amazing non-profit organization, we interviewed Ashley Adler Coro, the President/Co-Founder of CYHM?.

​Check out our interview with her below:

We know why you created Can You Hear Me? (CYHM?), but personally, why was this important for you to create?

Ashley: This non-profit is something that has helped me to heal, grow, and learn. Back in 2004 we lost my cousin to suicide. He was only 18 and I looked up to him so much. He struggled and for whatever reason felt like he couldn’t get better. Losing him change my entire world and everything I believed in and stood for. From that moment on I knew I had to do more that we as human beings had to do more. I tried doing things in my high school, creating prevention programs but no one wanted to hear it or talk about it. The thought in everyone’s minds was that talking about suicide creates suicide.

That didn’t stop me though, I wrote papers about it, did projects on it, joined walks for suicide awareness, and made it my life’s mission to make losing him mean something and to try and help others so they don’t have to go through what he went through and so families don’t have to endure what I went through. It’s important because it is saving lives all these organizations that raise awareness and create outlets for people, save lives and I can’t think of anything more important than that.

What inspired the name of this organization?

Ashley: What inspired the name was a conversation between my mom and my younger brother. He was out in California in treatment at the time, he is a recovering addict, and he was trying to tell her why he wanted to move back home to Maine. She already had formulated an answer to all his ideas and questions before he even could share them. He said to her, “Mom I need you to really hear me.

Don’t have answers before I’ve even asked the questions.” He then went on to tell her his plan for success and why he should come home. She called me immediately after their conversation and said I know what we can do, we are going to create a non-profit and we are going to call it Can You Hear Me?. I was on board instantly.

Why do you think mental illness is so stigmatized nowadays?

Ashley: I personally think that society has this image of what people should be like, look like, act like, etc. Almost as if we are living in Pleasantville. That is just not realistic and so when people struggle with a mental illness and break this idea of normalcy, they tend to be judged or looked at differently for something that is completely chemical in their brains. No one wants to feel sad or anxious. Unfortunately, some people can be judgmental. Fortunately, there are a lot of people fighting to end this stigma.

What makes CYHM different from other non-profit organizations?

Ashley: What sets us a part in my opinion is our platform. We let the kids shape what we are. We give them a voice and have them be a part of everything including what merchandise we bring out with us. We have an amazing relationship with each and every one of our “teen reps” and truly have created a safe place on the internet for them to be themselves and be heard without any fear or judgment. We also offer a way to give and get support not only through our various resources but within the group as a peer to peer supportive atmosphere.

You believe that music has the power to transcend barriers as well as inspire and unite this age group. And you worked with a bunch of musicians and others in the music industry to encourage teens and young adults to speak up and be heard. Who are some of the people you worked with so far?

Ashley: The first artist to share their story with us was Patty Walters from the band As It Is. He talked about how being straightedge has come with its fair share of struggles and how he dealt with and overcame them in order to have a happy life. We also have worked with bands such as From Ashes To New, American Authors, Watsky, Futuristic, Plain White T’s, Our Last Night, Don Broco and Waterparks.

All of the bands on Vans Warped Tour are incredibly supportive of non-profits like ours and we have even had the chance to have a couple live mental health Q&A’s with the bands Sundressed and Megosh.

Out of all the people you’ve worked with, who’s one of the ones who stood out to you and why? (We know all of them must’ve been amazing.)

Ashley: There are two honestly. Patty Walters, because without him our non-profit wouldn’t have gotten the amount of exposure in the beginning as it it did. He put us in front of so many people and from that we have been able to help so many.

The other person is Futuristic. He has been so incredible and helped us whenever he could from wearing our shirts to talking about our non-profit and even doing signings with us last year on tour. He is truly one of our greatest friends and we are so thankful for his support.

How are people able to speak out using your platform? Do they text, call, use social media, etc.?

Ashley: We pretty much have open lines of communication everywhere. People can get in touch via our website, cyhm.org, all our various social media, or they can e-mail directly to Ashley@cyhm.org. I am always available for anyone who needs to talk.

We heard you’re partnering with main stage bands on Warped Tour for signings, donating all proceeds to MusiCares specifically for musicians and their families who struggle with mental health. What tents can people look out for, so they can donate or tell others about donating?

Ashley: We will be doing all the signings at our tent so people can look for our daily signings at the CYHM? tent and donate there. They can also donate to MusiCares directly at their tent on the tour. It is so incredibly important that we help people who are struggling no matter if that is through our organization or another.

We know you have something called the “Secrets Box” at Warped Tour. Can you explain what this is a little more? What happens when someone participates in this?

Ashley: The Secrets Box is modeled after the website postsecret.com in a way. It a box where you can write anything you want. For instance, something you want to tell your parents, a secret you’ve been keeping, or anything really that you want to say. It is completely anonymous so there is no judgment at all. This is probably the most popular thing at our tent to be honest!

With Warped Tour ending, is there any other music festivals that you hope to team up with?

Ashley: We are definitely going to be heading out on the High School Nation tour either this Fall or Spring, and plan to continue to working with them in the future! High School Nation is really cool because they put on mini music festivals for a few ours at high schools around the country and then when they leave, they leave the high school with a brand new recording studio. It’s also a really great place for our non-profit because not only do we get to talk with high school students all day, we also get to talk to the educators.

Has anyone (or multiple people) ever personally thanked you for creating CYHM? How did that make you feel?

Ashley: We have had multiple people thank us. We got one message I believe on Facebook that simply just said, “You help. Thank you.” It made us cry. Every time someone thanks us for existing it reaffirms everything we are doing. We have had kids tell us that without CYHM? they wouldn’t have stopped self-harming or they don’t know if they would still be alive. We are truly making a difference in peoples lives.

I said in the beginning, if we save one person’s life, if we just help one person, it will all be worth it. And that is how I would judge the success of this organization. What these kids don’t realize is that they help us just as much as we help them, if not more honestly.

What advice do you have for someone reading this, that might be struggling with life right now?

Ashley: The advice that I would give is that we are here for you and we will listen to you day or night. There are always people out there who care about you I promise and you are not alone. Whatever you are struggling with whatever is going on in your life right now just know that you have a place where you can get the help that you need and more so deserve. 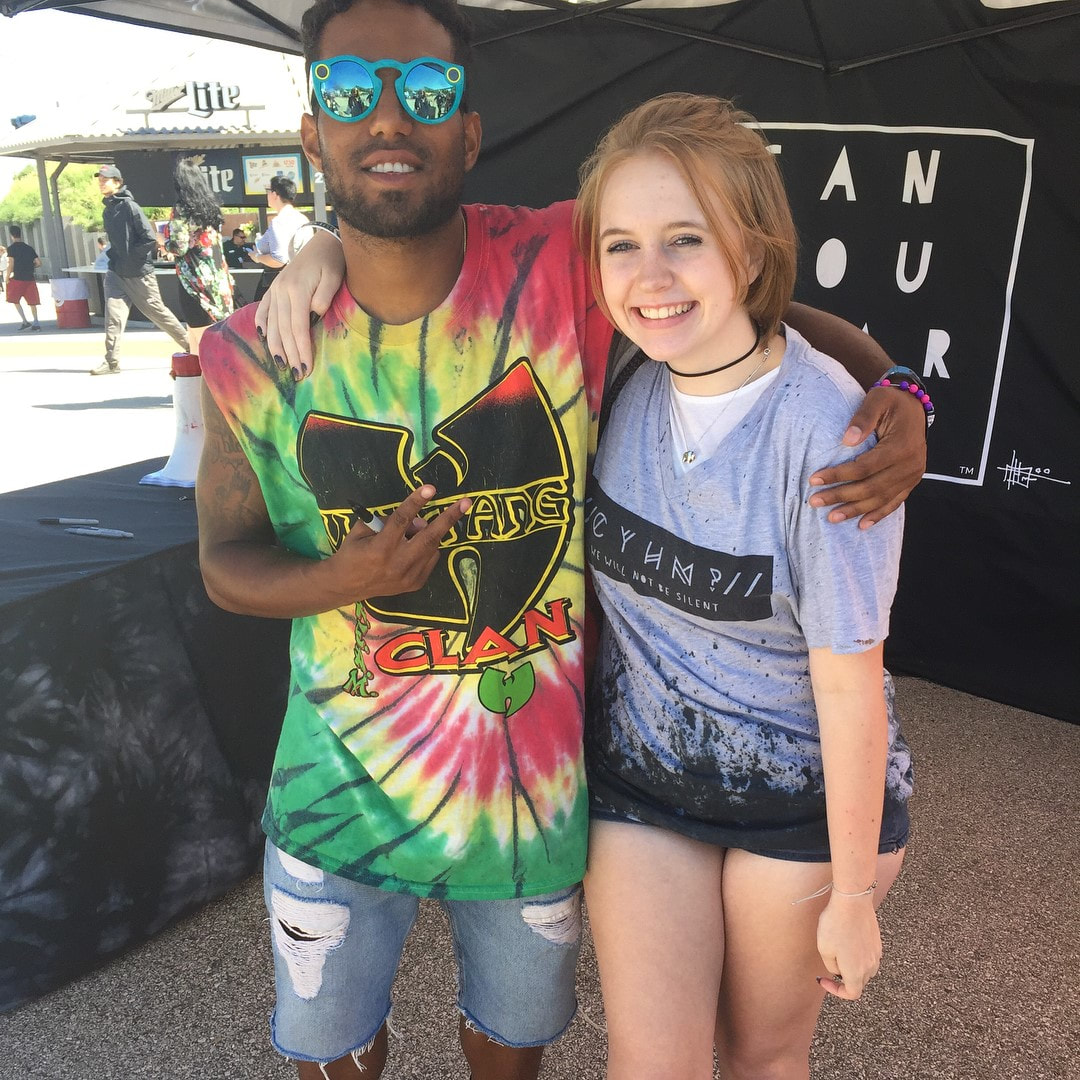 If you or someone you know needs to reach out to CYHM?, below are the links to their social media platforms again: