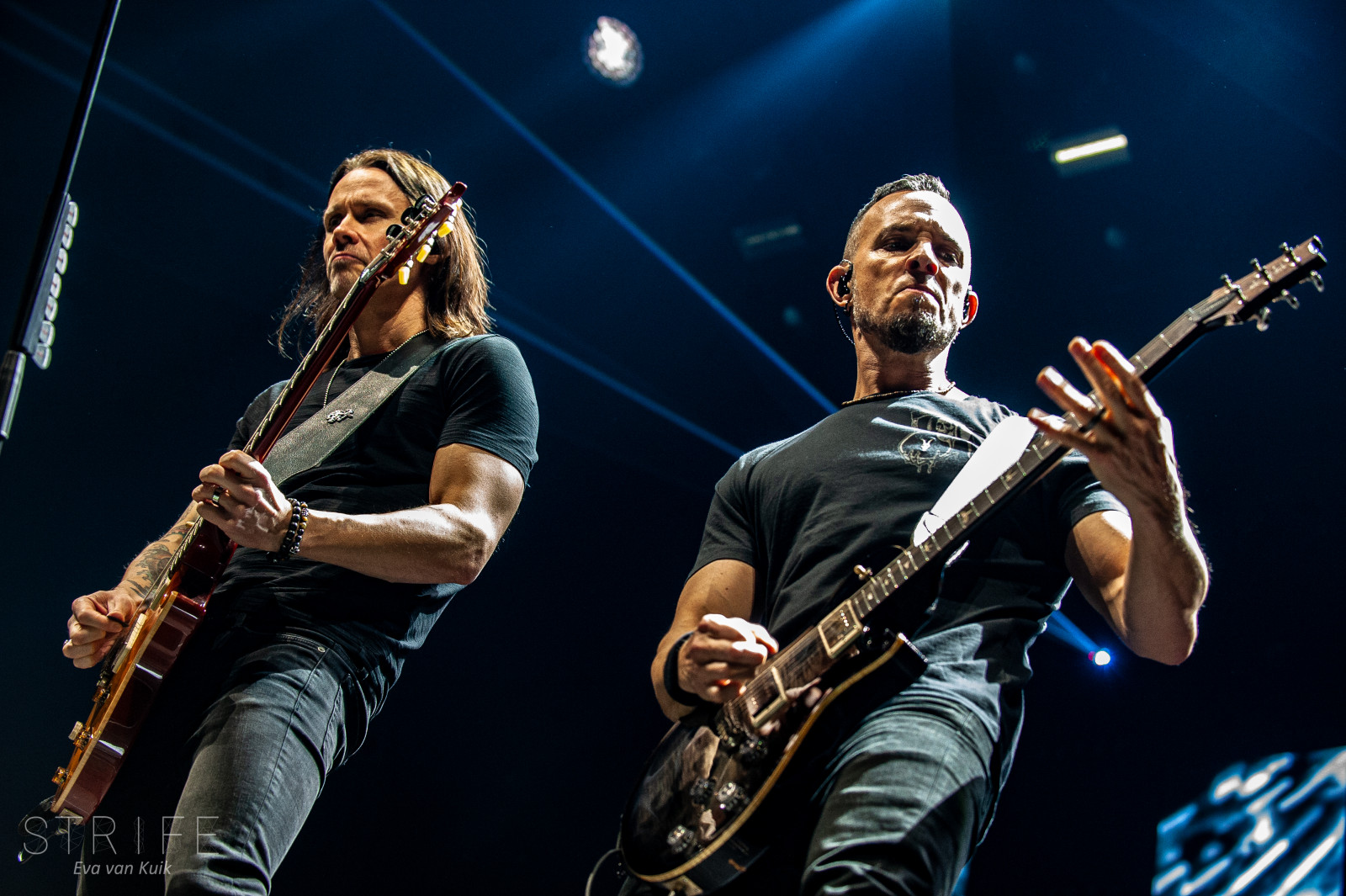 Alter Bridge returned to Amsterdam for a sold-out show as they have done for every tour cycle at least going back to ‘Fortress’ back in 2013, this time however to promote the band’s brand new album ‘Walk The Sky’, which the band released back in October.

Once again, the band took on the AFAS Live, a beautiful venue with a capacity of 6.000 which was sold out for weeks before the show.

With a discography going back 6 albums and most songs having a rather hefty length, picking a setlist for a tour can become quite the difficult task. As a result, the band kept the songs from the brand new album ‘Walk The Sky’ to a minimum, with only 5 songs from the album being played this evening.

Besides new songs, Alter Bridge performed a fan-favourite list with pearls from their discography such as ‘Metalingus’, ‘Ghost of Days Gone By’ and my personal favourite ‘Waters Rising’, from the band’s 2013 album ‘Fortress’, showcasing Mark Tremonti’s great singing voice.

Eva van Kuik was present to photograph the band’s epic performance through her lens and you can check out some shots of the show right below in the gallery.