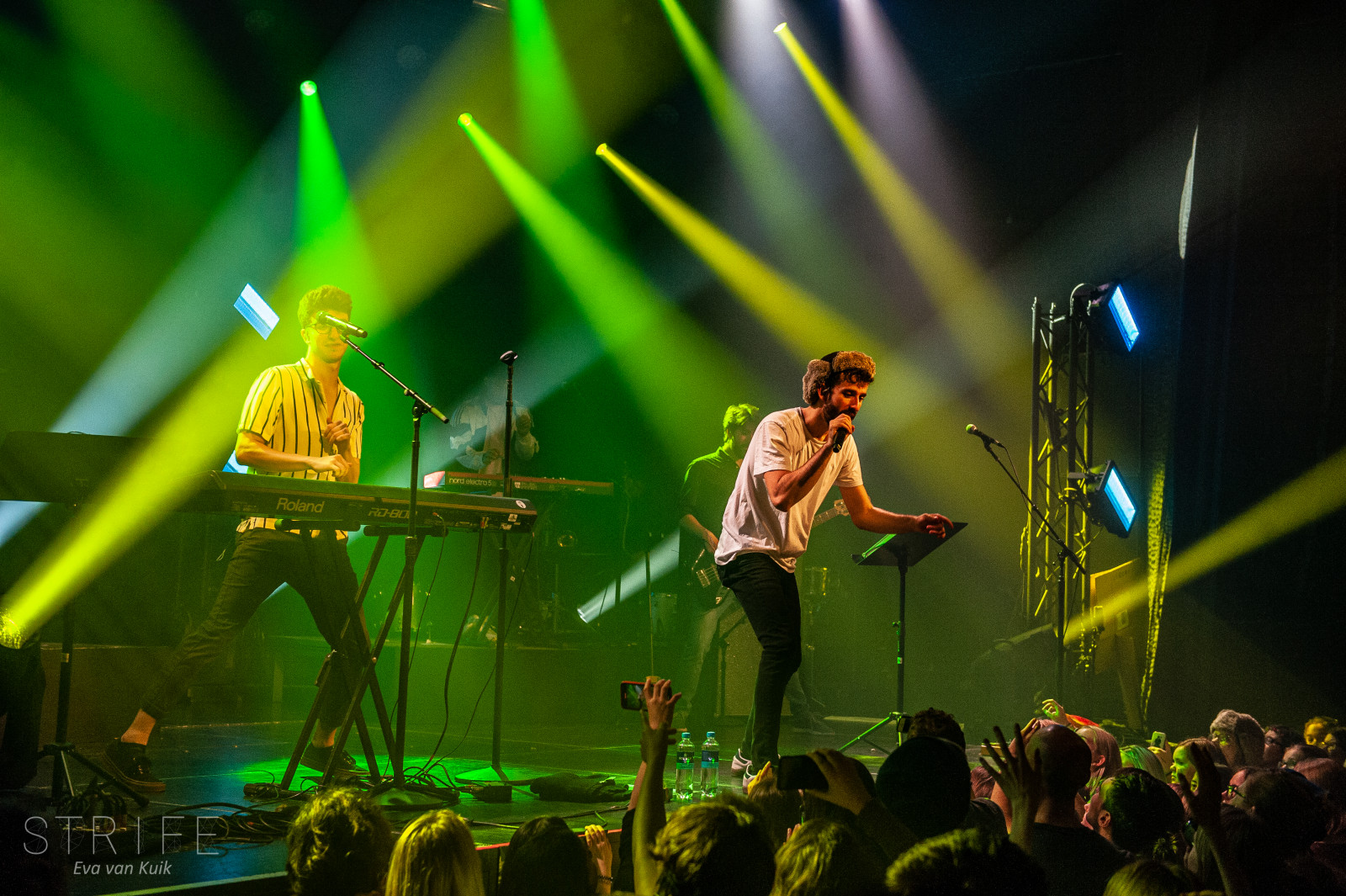 AJR returned to Europe to play a string of shows in order to support the release of their album ‘Neotheather’, which the band released earlier this year. As it has been a while since AJR stopped off in Europe, the band’s entire tour was completely sold out and we were present at the Amsterdam show!

AJR did not come alone for these shows. They brought along the UK pop-rock band Flawes who absolutely did not disappoint, to say the least. Flawes did an impeccable job warming up the crowd with their upbeat pop-oriented rock music and got the crowd going even though they were new to most of the attendees.

With a brand new album ‘Highlights’ coming early next year, the band performed a couple of songs off of their upcoming effort including the already released singles ‘Look No Further’ and ‘Don’t Count Me Out’. The trio displayed sincere joy, charisma and passion on stage and this translated well to the audience. They fed on this energy and gave the band enthusiasm back in return as if they were the main act of the evening.

Check out the photos from their performance below and make sure you catch Flawes on the road on any of their upcoming tours. You will not regret it!

AJR were up next and once they came on stage slightly later than scheduled, the audience transformed into a swirling mass of ecstatic teens who were warmheartedly welcomed into the world of ‘Neotheater’. With a setlist consisting of a lot of songs from the new album, AJR had a different gimmick for every song on the setlist that night, which made for the show to be one of the most unique ones we have seen in years.

The band took us for a trip through time as they played a track like they did 15 years ago: as street performers and showed the audience how a song was created from scratch and how they sometimes include sounds you wouldn’t necessarily consider musical like car keys being dropped. Combine this with speeches, jokes and a lot of laughter and you have the key ingredients to an AJR show!

Energy-wise were the three brothers on top of their game and got the crowd going without trying too hard. Special shoutout to the band’s trumpet player as well, as he was an excellent addition to the band and even jumped off stage to perform a trumpet solo while in the pit.

The band finalized the set with an incredible encore consisting of two songs in three different parts: ‘Finale’, ‘100 Bad Days’ and finally the last bit of ‘Finale’, in which they all wore illuminated suits and jumped a choreographed dance while hitting drums, which made for quite the incredible effect.

Check out photos of the performance below and let us know if you have ever seen AJR or are planning on checking them out on the second leg of their US tour kicking off next year. 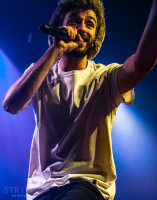