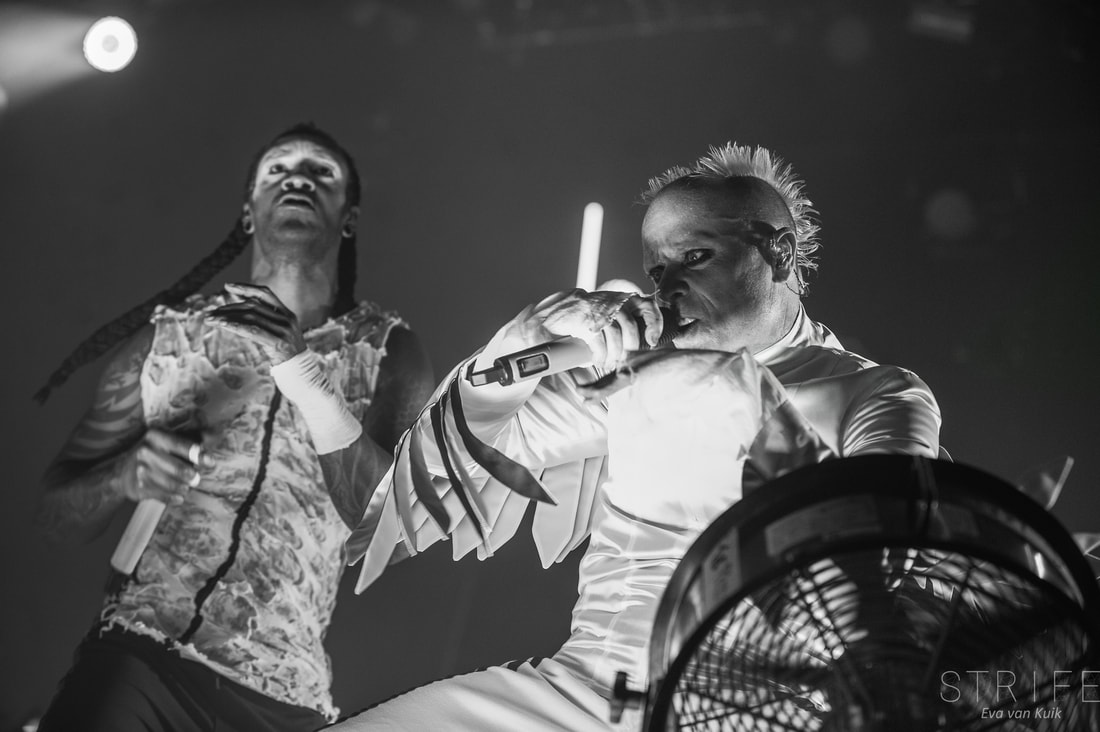 The Prodigy returned to The Netherlands on their current tour supporting the release of their latest album “No Tourists”. The band played a show in The Netherlands in December of last year as well, but that show was an incredible amount smaller than this one. While the band took on Tilburg’s 013 last year, this year, the band performed in the Ziggo Dome, with a capacity of 17.000, which they nearly sold out.

â€‹The Prodigy are something a bit different from the artists we usually witness live, and not only the band, but also the audience had a very different vibe to it than when we attend a rock or metal show.
When we entered the venue, police was present due to a drugs related problem, and as we learned from staff of the venue afterwards, many incidents with violence and drugs happened during The Prodigy’s performance.

Not to give you the wrong impression, the overall vibe was incredibly positive, and 99% of the show attendees were simply there to witness the exceptional performance of The Prodigy, as everybody knows, The Prodigy sounds great on CD, but it does not come close to actually witnessing the musical act live in their element in front a adrenaline-infused army of fans.

The Prodigy kicked off their set almost half an hour later than originally planned, but all was forgiven as soon as they ascended onto the stage. The band, who kicked off their performance with the track “Breathe”, from their legendary album “The Fat of The Land”, which released more than 20 years ago, after which they showcased a track from the brand new album “No Tourists”. From moment one onwards, the crowd was rowdy as can be, with beer flying across the room, and fans everywhere trying not to slip over the substance on the floor while moshing and dancing as if there’s no tomorrow.

â€‹While The Prodigy’s performance was very different from the ones we’ve witnessed over the years, it truly was one we wouldn’t wanted to miss. It’s important to us to keep developing our music taste, as well as experience different types of music in a live capacity, and we feel very fortunate we were given the opportunity to witness this absolute greatness live.

The Prodigy’s set consisted of a lot of new tracks from the new record, as well as a celebration of older material, as The Prodigy sure have had a lot of hits over the years. It is beyond impressive that they have managed to maintain and expand their fanbase throughout the years, which allows them to play shows in front of over 10k fans many, many years after they put themselves on the map with hit singles like “Smack My Bitch Up”, “Breathe” & “Firestarter”. With this incredible performance, The Prodigy have proved they are here to stay, with hopefully even more music in the near future.

We feel ecstatic to share the photos of the evening with you. Check out Eva van Kuik her photos in the gallery below.