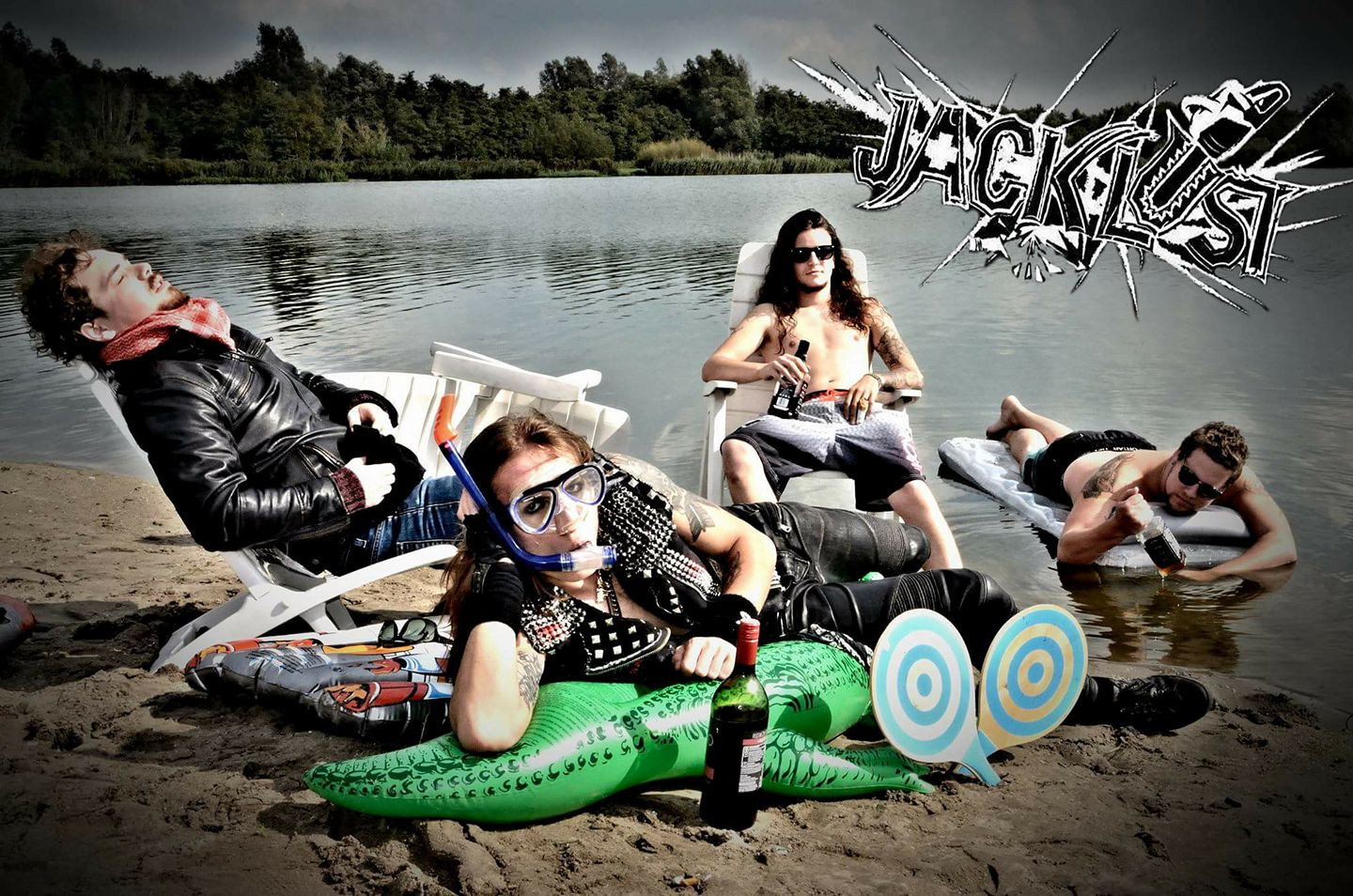 We had a talk with Rotterdam-based sleaze/hard rock band Jacklust about their upcoming record, their writing progress and the band in general.

Their upcoming album "Hippopotomonstrosesquippedaliophobia” is coming out on the 9th of November, and to celebrate that, they organized a festival "Jackfest" in Rotterdam at the 10th of November, which you can find more information about here.

Read our talk with them below and don’t forget to check them out at the bottom!

You’re about to release your upcoming album "Hippopotomonstrosesquippedaliophobia”. If you had to describe it to somebody who hasn’t heard of you before, what would you say?

My first reaction would be ‘you’ll be in for quite a ride, son’. But I think the best description I can give them is that’s a real original, quite heavy, extremely catchy and quite diverse record and that it’s pretty much Jacklust in a nutshell.

Who came up with the title and artwork for the record and why?

Me and our lead vocalist Yellow, this whole album has pretty much been our baby, because we wanted to have a baby for quite a while now but his girlfriend just really didn’t want that for some reason, so this is the closest we will be to having a baby together. But we wanted to have a real original attention-grabbing album title, so we started brainstorming and at first we came up with the most insane album title that had the first letters of 48 random words, but we feared that that would be too much for people, so then I thought ”let’s just try and make the longest album title ever so we can get into the Guinness World Records” but that would’ve been a 200 word long album title and Yellow didn’t want that, but the day after I came across a meme that said ‘Hippopotomonstrosesquippedaliophobia means fear of long words’ and I thought that was fucking brilliant! So I told Yellow and he agreed. As for the album cover, we wanted to do something epic, but also something that had Gallows in it because the album title is a great word to use for the Hangman game.

Which song(s) on the record were particularly challenging to write/record and why?

I think the most difficult song is Stargazer by a mile. I wanted to write an 80s influenced power ballad, because I wanted to see if I could, but also because nobody would expect it, and I love surprising people, because that keeps people talking about you and remembering you, you know? But the reason that the song was so challenging is because Stargazer is a 6 and a half minute long song which features singing, acoustic guitars and a song structure that is unlike anything we’ve ever done before.

Do you tend to write most of your songs at home/in the studio or on the road?

Mostly at home! I just like having my own space while writing stuff. Also I watch Dora a lot for inspiration and if the band found out they’re gonna make fun of me for sure, so this stays between us, yeah?

If you had to get one of your own lyrics tattooed, which one would it be and why?

"Payback’s a bitch" probably, but mainly because any other lyric would get me sent to a mental hospital!

You released the single “Born To Run” almost a month ago, why this single before any other?

Because we thought it would be the best representation of who we are now as a band and how we have grown. Good god, that sounded cheesy man, but it’s true though, our last EP dates back to ancient times, 2016, and since then we have a grown a lot when it comes to songwriting, yet it’s still very recognisably Jacklust.

Also it was the first song we had finished recording. 😀

Will you be releasing more singles before the release of the actual record?

Hell yeah, 2, one will be released on Oct. 1 and the next one 4 weeks later, accompanied by a video clip that we shot last weekend, which is gonna be hilarious!

If you had to describe your music in 5 words, what would they be?

Music to play while you’re cheating with Monopoly by stealing money from the bank, wait, that’s more than 5 right?

What advice would you give to bands who are just starting their music journey?

No matter what, always make sure it stays fun, that way the motivation and passion stays.

Make sure to communicate problems man and don’t be afraid to speak up to a band member when you’re not satisfied with his lack of effort.

Show some balls, dare to contact bookers, venues, don’t be afraid for rejection, because even if they might reject you, at least now they know your name.

Treat ABBA like the holy saints that they are and make it a ritual to listen to ABBA Gold in it’s entirety before you start rehearsing.