INTERVIEW: Everything ‘EARTHANDSKY’ With Of Mice & Men Drummer Valentino Arteaga

Of Mice & Men are releasing their highly anticipated new album ‘EARTHANDSKY’ very shortly. Just weeks before the release of the album, the band took to Europe to play a string of shows. On the road in The Netherlands, we sat down with the band’s drummer to discuss all things ‘EARTHANDSKY’. Before you give the album a spin or two, read all about its lyrical content, the thought that was put into the entire booklet and more in the chat we had below.

A: Doing well! Very well rested, we had a day off yesterday and we’re happy to be back in The Netherlands. We got two back-to-back headlining shows tonight and tomorrow and then we hit the festival circuit again this weekend.

Q: How has the tour been so far? You did some crazy festivals too.

A: It’s been awesome. We played for our biggest crowd ever at … festival and that was completely insane and mind-numbing. All these festivals have been really awesome, the reception has been crazy and we have been releasing new music. The reception of the new music has been incredible too. So it’s all been feeling really good. A lot of the songs have been written in rooms just way smaller than this, just a little jam spots. To then see them with 50.000 people in the audience and have circle pits and crowd surfers and mosh pits and everything, it’s just absolutely incredible. We’re really happy to be here and stoked to do headliner shows in between in sweaty clubs and try to rock out.

It’s always about balance, it’s important that our fans can see us in places like this because this is where we fell in love with and understood music. What roped us were shows like this, clubs like this. It’s important for our music and our style of music to see it in these rooms as well. When you’re surrounded by people in the club and singing their hearts out, it’s a lot more intimate than when there are 50k people, so this is always a little bit extra special. Just as important as the big shows are, so are these ones.

Q: The new album is almost coming out. Can you tell us something about the lyrical content?

A: A lot of what Aaron writes about is really self-reflective and how he’s feeling and how he understands the world. What’s cool about how our band makes music is that a lot of it starts from the instrumental and he’ll derive his lyrics from how the song makes him feel and what type of feelings that song will bring up. That’s always really exciting, to see a song be instrumental for a while and once the vocals are on it, it just surprises us like “wow, I didn’t even think of it this way”. It adds a whole new depth and that’s a really fun part of being a musician to see the different stages of how a song works. 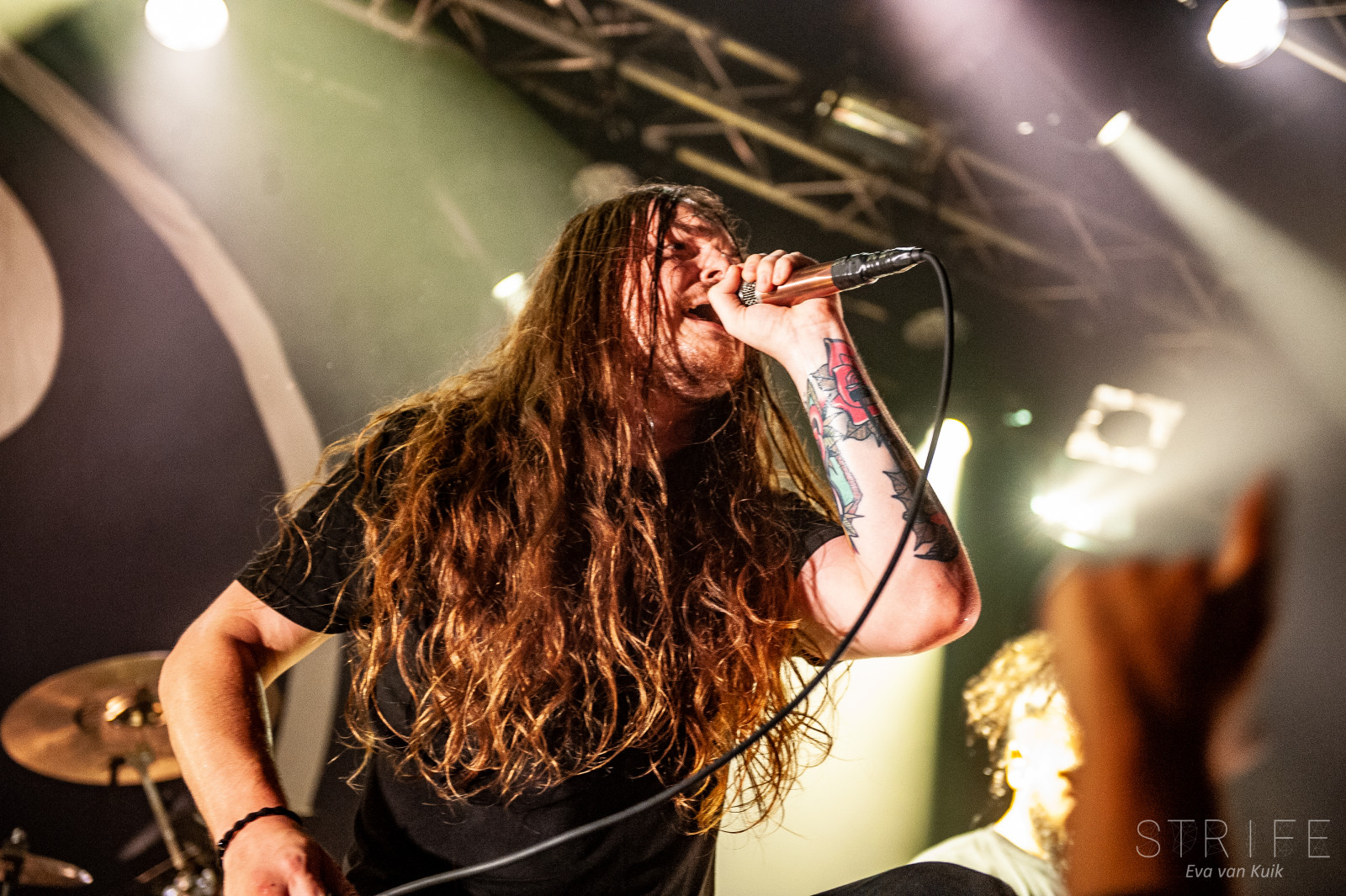 I can definitely tell you that on the new album there are some incredible themes that Aaron is talking about and a lot of is has connections to each other, a lot of thought was put into the album. The packaging, to when you open up the album, to every single lyric in there, to every music video, to every little logo that is on everything, We went above and beyond on this one because we wanted to make a truly dense album of heavy music. This is where we stand right now and if you’ve heard the lyrical content of what has been brought out so far, then you’re just barely scraping the surface of how deep this album is going to be. I would absolutely say that this is Aaron’s best vocal performances, it’s my best drumming, it’s Phil’s best guitar, it’s Alan’s best guitar, it’s Aaron’s best bass. We really pushed the envelope for ourselves on this one.

Q: The music videos that have been brought out, they are like a story. Can you tell us more about that?

A: We look at it like it’s all tied together like this one string. In a way, everything is connected. The universe is connected, we are connected and we felt like with this music, though it wasn’t all written right after the other, there’s a common thread through it all. While we were making the album we were thinking about this fictional universe certain songs could fit into and as we were doing that, it helped us get visual ideas of how this music was going to look. When we think of music, we’re not always thinking about the vision, we’re thinking of the music and the instruments and that’s it. Then we think about everything else like colours and what do we see in our heads and it becomes this really involved process of re-dissecting our work into something that’s visually exciting, not only to us but to our audience so they kind of understand it’s the accompaniment to the songs and the album.

We do feel like it was written in the stars for us to make this album because we push ourselves to be more creative every time and we wanted to make sure this was all part of one thing. 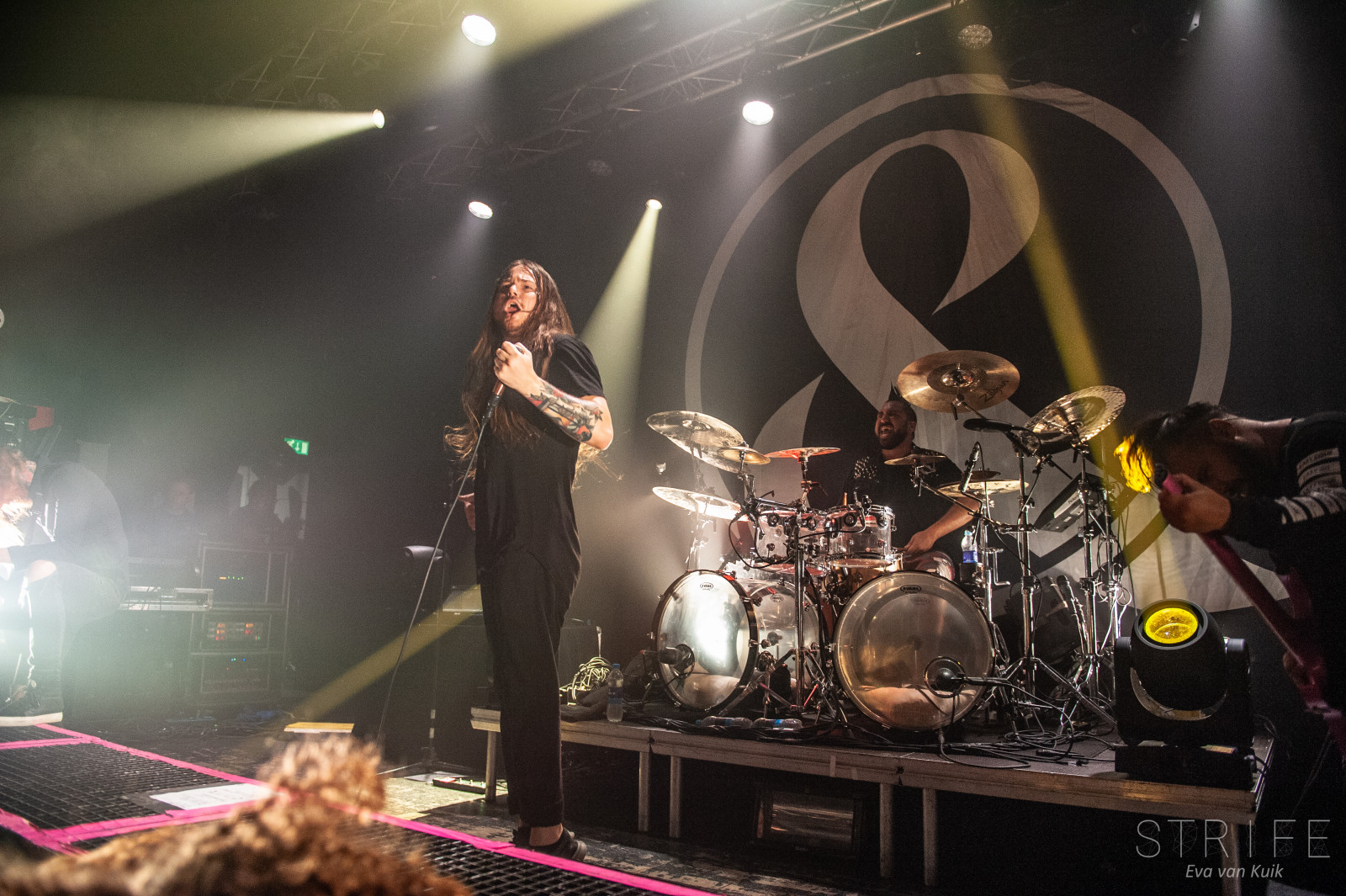 Q: The artwork is very clever put together, everything is in it, how did it come to be?

A: What was fun was working together with the ideas that we had as we started conceptualizing the album and when we started working with music video directors and artists, it was really cool to bring our ideas to them and for them to turn them into their ideas a little bit, to put their sauce on it. So when we started to think about what the album was going to look like and how it was going to feel in your hands, that’s when the ideas started flowing and this had to match that and it was all part of this era of Of Mice & Men.

Q: Did the process take a lot longer in comparison to previous records?

A: Only because of our touring schedule, but we wanted it that way because we wanted time to reflect on the songs so we knew for sure which ones we wanted to keep. Some didn’t make the record after we knew it would become “Earth & Sky”. So we really wanted it to be one piece of work, instead of multiple pieces of work put together.

Q: When we were watching the music videos we noticed that Aaron is not wearing his bass guitar. Is there a vision behind it?
A: The way that it came about is that he had to have a pretty serious surgery on his back and we had to cancel a bunch of shows so that he could get it done immediately and once it was done his doctors told him that he couldn’t wear his bass for a while because of the heaviness. So for the necessity to get back on the road, we wanted to bring our friend Raad from Volumes and it turned out to be really exciting to go on tour with him. It evolved with the music videos, I am now realizing that too.

Q: You released a song with Kayzo. How did that come to be?

A: We’ve been friends with YULTRON for a while and we’ve always been aware of the EDM scene that happens in LA. There’s a lot of EDM producers in LA and we were writing for our album and we were public about it. A couple of our friends hit us up to do some random stuff and we had never really done something like that before so in the spirit and excitement of creating new music, we wanted to see what that was all about and branch out a little bit and learn from other amazing producers and make music to move people. 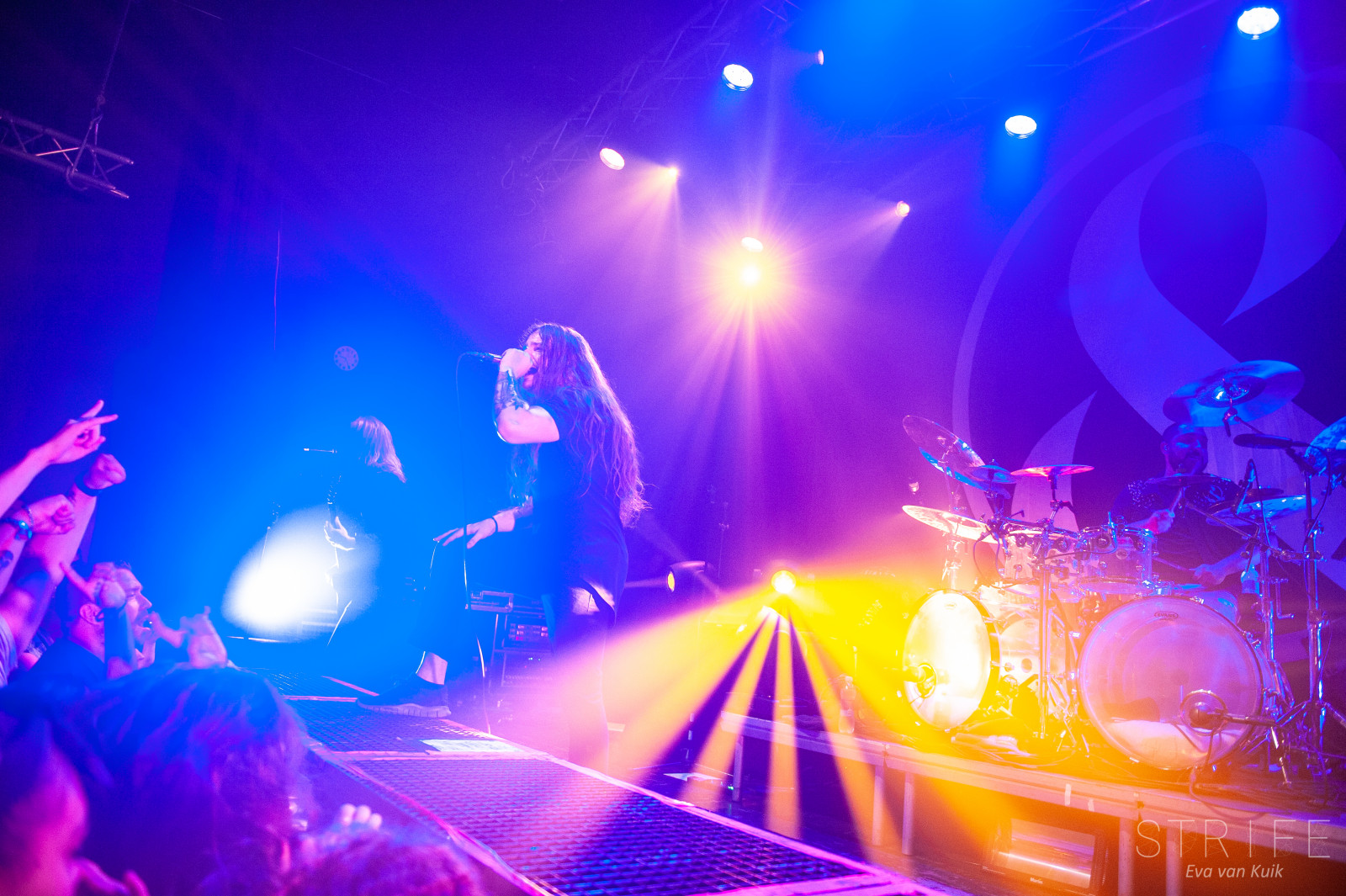 Q: What do you like to do to prepare yourself before shows?

A: I usually do a ton of emails so I don’t think about that on stage. So I like to make a checklist with all the stuff I still have to do. Email and text back a bunch of people, send some pictures to my mom etcetera. And then really close before the show I just like to zone out and listen to some metal music and stomp around.