CONCERT REVIEW: Bastille Take ‘Give Me The Future’ Tour To Extactic Amsterdam 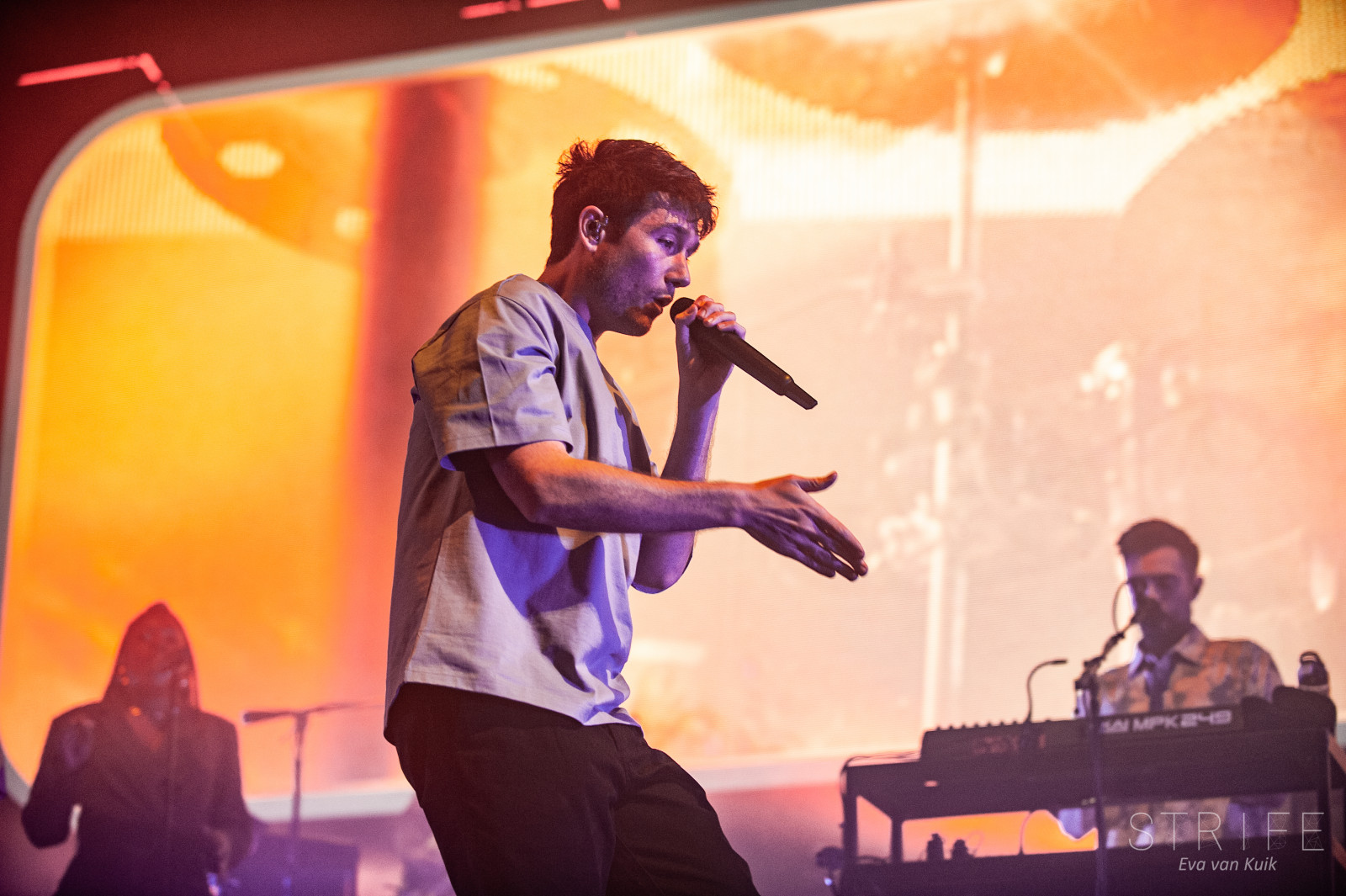 Tonight was a very special night for us, as it was our first show since March 2020. We could not have dreamed of a better show to start off the year with. What better than to kick things off with an incredible show from the highly acclaimed Bastille in a psyched Ziggo Dome? Nothing!

Besides Bastille, Dutch band RONDÉ, which are very well known in The Netherlands for their radio hit Hard To Say Goodbye and opening act The Native tagged along to give the crowd a proper warm-up. The Native are a familiar band for Bastille, as they were given the opportunity to open for them back in 2018 in a, for them, hometown shown at Plymouth’s Hoe Park, and are now back to entertain crowds all across Europe. The Native, while being relatively new, got the crowd going with their electric presence and loud guitars, appealing to the Bastille fans with a fondness for the heavier rock side of things.

RONDÉ were a different story, but impressive nonetheless. The band’s roots lay in Amsterdam, and tonight was their first time ever playing in the gigantic Ziggo Dome, making it a special night for fans and band alike. Very well known in The Netherlands for their radio hits throughout the years, which include Run and more recently Hard To Say Goodbye, the band clearly got a bigger reaction from the crowd when these songs were being played. Besides from the little technical hick-up, RONDÉ played an extraordinary set and proved in front of thousands of people they are a force to be reckoned with, but don’t take my word for it. Check out some shots from the show in the gallery below and keep scrolling for our coverage of Bastille!

After what always seems like the slowest half-hour ever, the lights went dark for the headliner under the deafening sound of screaming fans. Kicking off their extensive set with two songs off of the latest album and reason they came out on this tour: Stay Awake? and Distorted Light Beam. It became apparent that the fans did not waste any time when it came to learning the lyrics to the new songs and from where we were standing, it was hard to hear the band. What followed was a pleasant journey through the years and the many, many radio hits that Bastille have had throughout the year, with the biggest ones being Happier and Pompeii.

The show was themed around the new album and their mock-up company ‘Future Inc’. In between of songs, the gigantic screen behind the band displayed various chapters of the story, ranging from fictitious (for now) futuristic products and a future prospect which could be seen as dystopian if you’re a pessimist.

Bastille gave Amsterdam some things to think about, as well as an incredible night. If you’re thinking about going to any of the shows this tour: go attend, you won’t be disappointed.

Check out some photos from the show right below, courtesy of Eva van den Bosch.