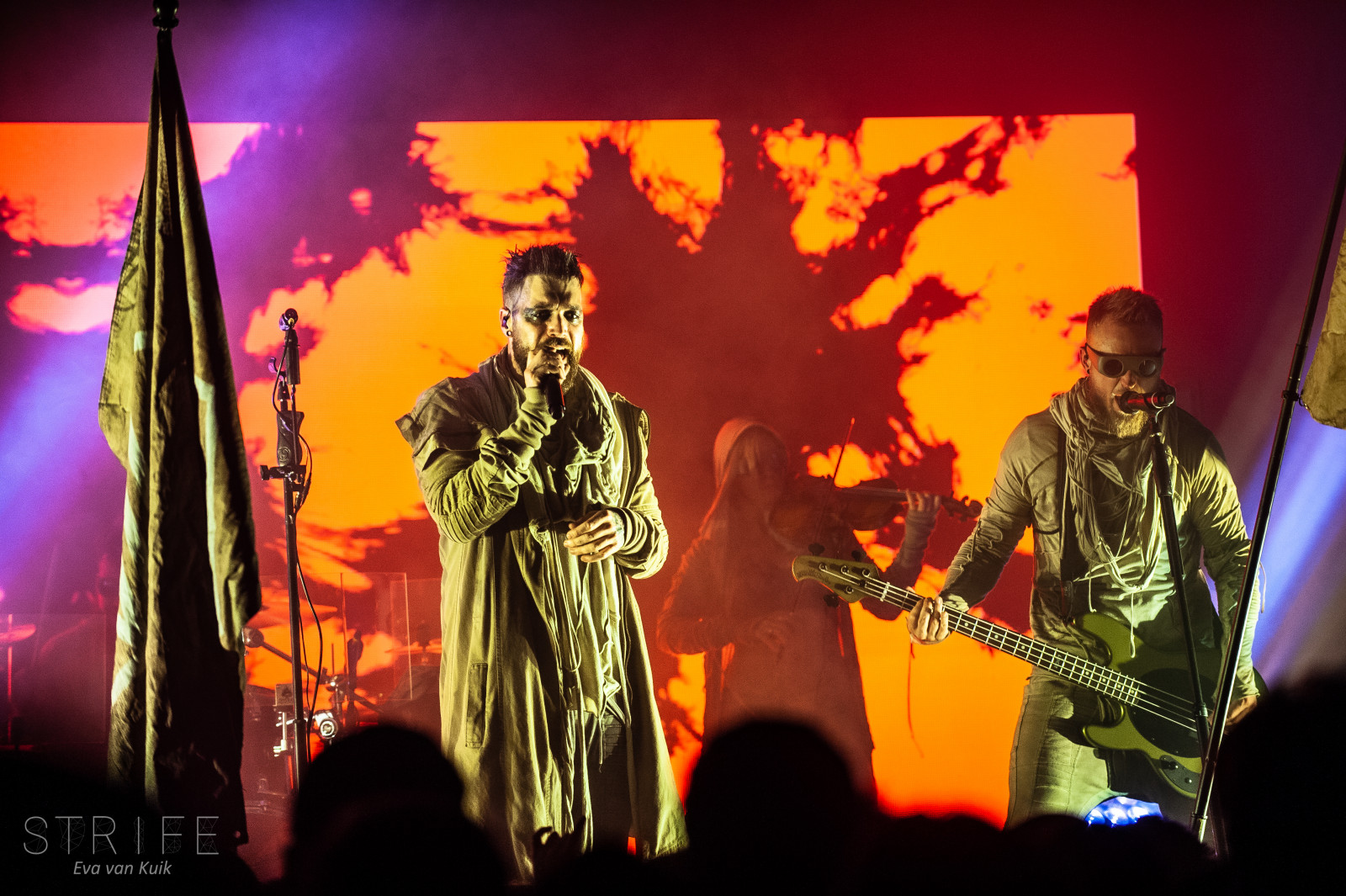 Oh, how Starset have reinvented themselves. Starset came out to Europe again for a string of demonstrations throughout the continent and luckily did not skip The Netherlands. This time, the band played the Melkweg in Amsterdam, which sold-out weeks in advance and seeing their show, that is no surprise.

We talked to frontman Dustin Bates after the release of their debut album ‘Transmissions’, where it became apparent to us that this band has a greater cause, an impeccable vision and enough intelligence and creativity to pull it at all off.

Here we are, 3 years later – Starset are on the Fearless Records roster, raking in millions of streams and sitting on 1.8 million listeners a month via Spotify alone. It is incredible what this band have done in a short period of time, but enough about all that, let’s focus on the band’s demonstration in a sold-out room in Amsterdam!

With the release of the new albums ‘DIVISIONS’, Starset have reinvented themselves and traded in the space suits for post-apocalyptic gear and have added two additional members to the live-band to take care of the string instruments the band’s music includes. As they have done from the start, Starset have heavily invested in on-stage gear, which for this tour cycle includes a massive screen on which the band does a bit of storytelling throughout the show and incredible new lights.

Halfway through the set, Starset had a small intermission that lasted five minutes, just so the band could retreat and switch costumes that we all know and love from the first era of the band. The space costumes that were designed by frontman Dustin Bates and the high-tech screen on which Bates navigated several beats and background sounds for the songs to come.

It has been incredible to see Starset grow from the first album onwards, and the show they put on now is nothing short of arena worthy. Make sure you catch the band live on one of their tours now, before you can only see them play the arena’s a couple years from now!

Eva van den Bosch was present at the show to capture the show through the lens. Check out the photos she took in the gallery below.