LIVE REVIEW: Palaye Royale Are On Top Of Their Game With ‘The Bastards’ Tour 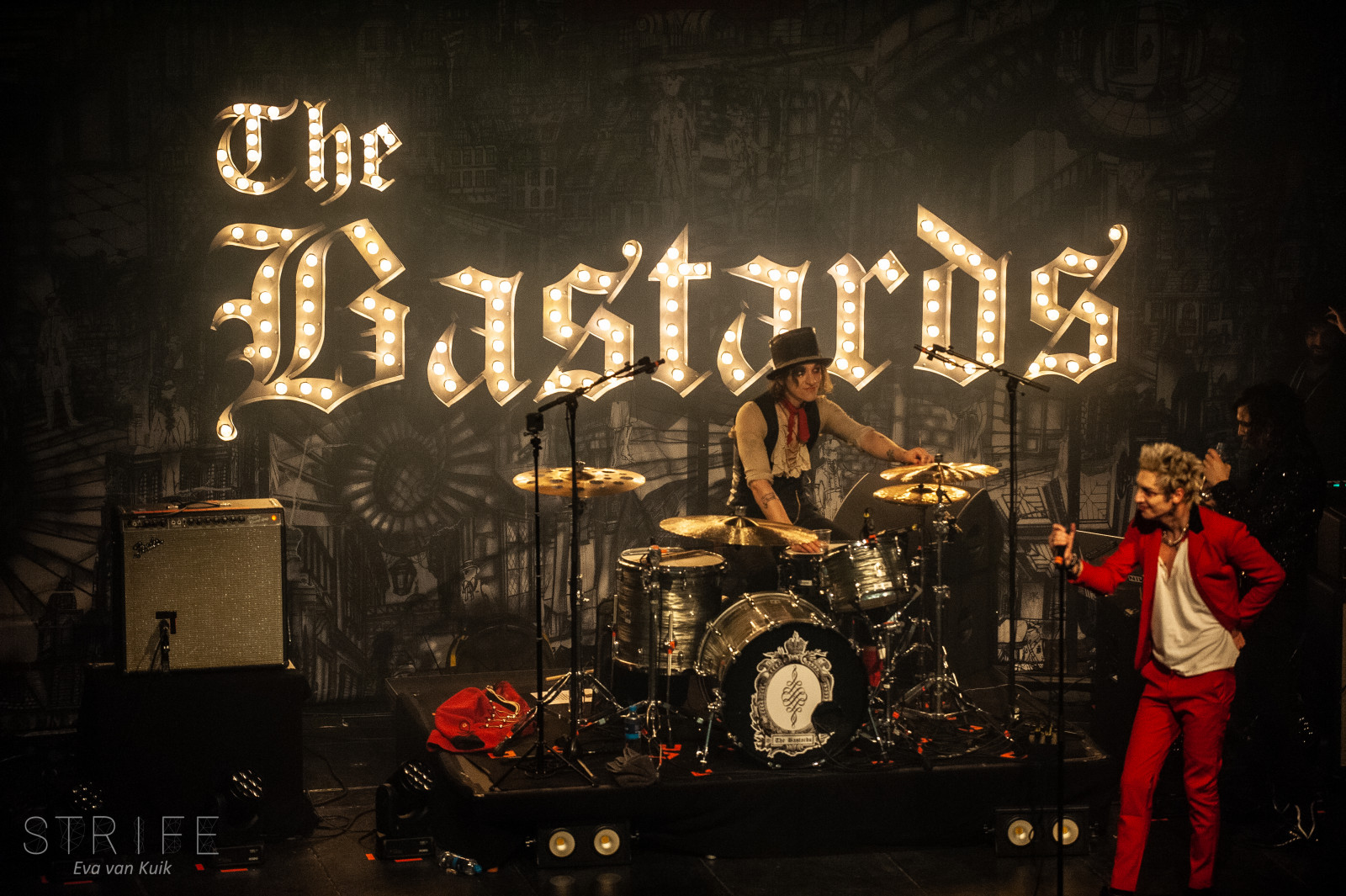 Palaye Royale were in Amsterdam for already their third show in the Dutch capital last night for an almost sold-out stop of the ‘The Bastards’ world tour. The last two times the band played a show in Amsterdam, the band played two different rooms in Melkweg, with the second one being bigger than the first one. This time around, Palaye Royale promoted to the iconic Amsterdam venue Paradiso, who besides the incredible architecture also has room for 1500 enthusiast Palaye Royale fans.

Palaye Royale truly brought their A-game for this tour, with an impressive new lighting construction, a Las Vegas-inspired neon sign with ‘The Bastards’, as well as an absolutely massive backdrop, which was designed by drummer Emerson Barrett. Armed with the ‘Boom Boom Room’ part A & B and the four brand new tracks that will be featured on the band’s highly anticipated upcoming album ‘The Bastards’, Palaye Royale poured their hearts out on stage.

It appears the Dutch fans have already memorized the new singles, including the popular ‘Hang On To Yourself, ‘Fucking With My Head’ and the most recent song ‘Massacre, The New American Dream’. Palaye Royale’s setlist came across as if it was very well thought-out, as the show had certain highs and lows energy-wise. More mellow songs like ‘Dying In A Hot Tub’ got the same energetic response from the crowd but in a more collected fashion, as one intended.

Palaye Royale have complete creative control over everything they do and it shows during a live show such as the one we witnessed tonight. Frontman Remington Leigh’s voice never fails to amaze the crowd and the pure joy he radiated throughout the show was very touching. The three band members, as well as the two touring musicians, work together very well on stage and perhaps even more important: they come across like they are having the time of their lives on stage.

Palaye Royale have worked hard from the start, and whether you hate them or love them, you cannot get around the fact that they are on the rise, and with a show as stunning as the one they put on ‘The Bastards’ world tour, they are not likely to be done reaching for the skies just yet.

Eva van den Bosch was also present this fine evening to make some photographs of Palaye Royale’s performance and you can check out her photos in the gallery below.