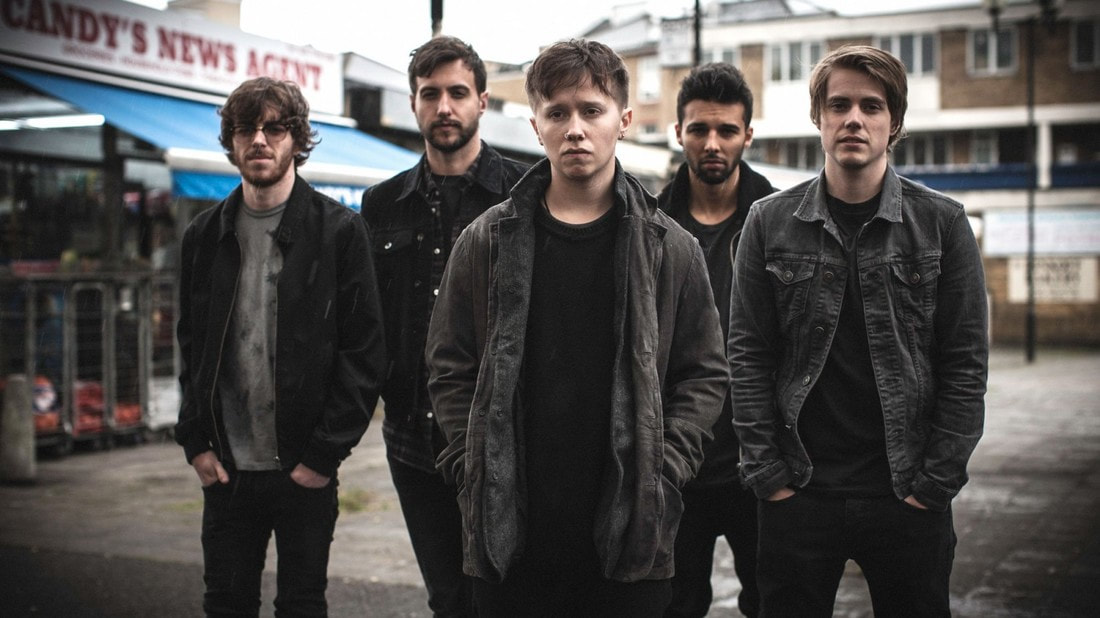 ​
I have a running inside joke with my friends. That joke is that is whenever they ask me if I’ve heard of band X or band Y, I will always respond with: “I haven’t listened to them but you can always assume that I know of them.” And it’s the same for Nothing But Thieves. They’ve slowly but surely been gaining steam, mostly through social media. So, let’s have a look at their sophomore album ‘Broken Machine’.

The album opens up with ‘I Was Just A Kid’. The song starts off with insistent heavy drums. It sounds reminiscent of Frank Carter & The Rattlesnakes. The song explores the loss of one’s childhood innocence, and the idea of wanting something to believe in. In terms of production value, the vocals on this opening track sound a little distorted, but if anything, it works to the songs advantage—with the repetitive drum in the background building in intensity and helping to better convey the songs message. During the verses, the instrumentals sound muted, or until the chorus hits where the plucky bass takes the lead.
Throughout this first track you can hear all sorts of musical influences flow through this song, and each verse seems to explore a different kind of genre, but unfortunately, I’m not sure if it works. In terms of the lyricism, there’s nothing that really jumps out at you from a first listen. But the thing that makes this band shine (if not the song writing), it’s the instrumentals as it propels it from okay to something catchy.

Following on from that is ‘Amsterdam’. The song starts off with almost like a mystical sound, and it reminds you of something that you might hear if you were at a funfair, from a first listen it becomes obvious that it’ll be the polar opposite to ‘I was just a kid’. The pace of this song is a hundred times faster than the song that precedes it, and it’s honestly a little jarring. When I was listening to this album, I couldn’t quite put my finger on who this band reminded me of, but to me, they’re reminiscent of Florence and the Machine mixed with Arctic Monkeys. The next track is ‘Sorry’. It starts off with a slow, mellow bass. When I first sat down to listen to this album, I went into it with an open mind and I’m sorry to say that it left me feeling a little…underwhelmed. The lyricism here balances dangerously close to being cliched. Though the song itself carries an interesting story about a relationship gone sour, it sounds vague enough that we, as the listener don’t really get the chance to emotionally connect to the lyrics. From the entirety of the album, this for me, was a song that felt a little weak when compared to the songs that follow it. Even the instrumentals which are a joy to listen to, don’t seem to have as much force to them and as such make the song feel a little samey.

‘Live Like Animals’ offers a sound that is like nothing else on the album. From here onwards, the musical genre of the record goes from definite alt-rock sound to peppy electronic pop. The first verse here opens up with rapping, and though it works well, it’s so unexpected and a bit of a strange addition, when this is the only song on the record that features it. A song all about getting used to modern day life, and having no choice but putting up with people’s attitudes and priorities.

​‘Soda’ is without a doubt the strongest and most confident song on the entire record and my personal favourite. It has a definite retro inspired sound, and it reminds you of the stereotypes you’d imagine about 1950’s America. It’s a wholly unapologetically confident song, exploring the vocalist’s own personal demons and how overwhelming it can be to deal with them (‘Maybe when I was a kid/ I was dropped on my head’.) The lyrics here and witty and sardonic, and feel like a bit of fresh air when it’s compared to the rest of the album.

One of my biggest problems with this album was the themes, as the latter half of the record all but ignores the previous themes of societal issues and prejudices and focuses exclusively on the battle of their own demons and relationships. The musical genres seemed a little confusing as well, as it swings wildly between alt-rock and indie to pop but when the two genres get blended together, the results feel a little clunky.

Overall, I’m really sorry to say that even though thematically the idea of the album appealed to me (especially on ‘Hell, Yeah’), the rest of this record just wasn’t my cup of tea. The best word I have for this album is underwhelming. Perhaps if all the songs were similar to Soda in terms of execution, theme, instrumentals and lyricism—it could have been a pretty solid addition to the great albums we’ve already had this year, but to me, it fell a little short of that expectation. Broken Machine felt like a jumble of ideas and themes, but none of them truly felt explored thoroughly or flowed like a progressive story line. An adequate record, and one that with perhaps a little refining and emphasis on themes could shine like a diamond.