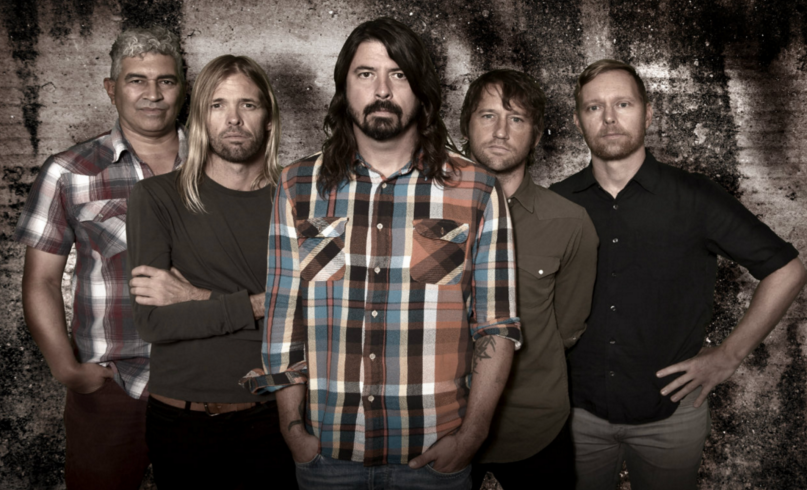 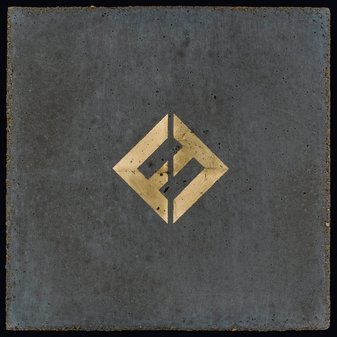 I had a conversation with my sister earlier on today, and most of it is completely irrelevant to this review, but here’s what is relevant. At some point, over a cup of tea, I said that I wasn’t a fan of Foo Fighters. My sister, who’s musical preferences range from mainstream Adele to Disturbed was a little surprised. And, I imagine that a lot of you who might be reading this have a similar kind of reaction. How can I not like Foo Fighters? They’re rock veterans, and one of those bands that seem to have a universal appeal no matter how many albums you know or how old you are. Well, let me rephrase. Up until I listened to Concrete and Gold, I wasn’t sure what to make of them. I was so out the loop, that I didn’t know that Foo Fighters even still made music. But let’s have a look at their newest release and see what a complete novice to their sound made of it.

The album opens with the strangely short ‘T-Shirt’. It’s a slow, introspective beginning with Grohl’s gruff vocals being the perfect companion as he describes how: “I don’t wanna be king/I just wanna sing a love song”. The acoustic guitar here works perfectly with the mellowness of the song. This song lures you into a false sense of security that it’ll be a nice, slow way to ease yourself into the album. And it is, until about half a minute in when you’re hit with a cacophony of instruments which are startling but make sure that you’re paying attention, though the lyricism certainly does that too (“you get what you deserve”). The instrumentals in this opening track are poignant and comforting and just dripping with uncertainty.

Following on from this strong opener is Run. It follows hot on the heels of ‘T-shirts’ mellow and calm beginning with the bass taking the lead in terms of musical composition. The secondary most important instrument for this song would have to be the drums, and it works perfectly when it comes to helping to build the tension. This song flows seamlessly to a more aggressive tone, definitely leaning towards heavy metal. Even though this is the only second track on the album, it becomes abundantly obvious that each of these songs will take you on a journey, or more specifically an emotional roller-coaster. A song that explores the premise of mortality, or the desire to run from something to something better. Its poignant message of how life isn’t perfect and how we’re all looking for more, or perhaps we’re all just desperate to escape the pressures of modern life (“in another perfect life/in another perfect light/we run”). I thought that the song could also be referencing someone with a self-destructive nature as they may not know how to deal with the good things that happen in their life. The most interesting thing about this song is that even though it allows you to reflect on your own life and decisions, you don’t zone the song out. It accompanies you, and seems to know exactly where your own thoughts are heading before you’ve even made up your mind, and no matter how dark your thoughts might turn, it’s always there to hold your hand the whole time.

Skipping forward a song you’ll find The Sky is a Neighbourhood. The backing ‘ah ah’ are melancholic and dramatic, and weirdly remind me of a scene in Charlie and the Chocolate Factory. I know, it’s strange, but let me explain. It’s when Veruca Salt gets pushed down the garbage chute and the Oompa Loompas start singing that really retro song, this track has the same kind of mystical vibe to it, especially with the slow, insistent bass. The beat of the drums with the same note of the bass kicking in is so enjoyable that it’s practically criminal. The song itself is a million types of fun to listen to (“bangin’ on the ceiling/keep it down”). When the song quiets down and it’s just Grohl’s vocals and bass, it’s just beautiful, especially when the full band kicks in with full force. It’s dramatic and wonderful and a song that’s worth playing on repeat.

When I first looked at the track listing for this record and saw the song Dirty Water, my first thought was the Real Friends’ song of the same name (yes, the reference was necessary). The opening guitar here almost has a kind of Mexican feel to it, and even though the song is by no means a ballad—it’s definitely one of the slower songs on the album. A song which is about, in Grohl’s own words how he’s: “a natural disaster” and the following line of, “the morning after all my storms”, is absolutely beautiful lyricism about someone close to him that he can trust, and know that they might not be as useless as they feel. This is a song that drips with self-hatred, with the belief seeping through that he’s stuck the way he is. Perhaps the only negative about his song is the repetition of the song title near the end that starts to feel a little played out and I personally felt that the song outstayed its welcome a little bit.

Skip forward another song, and you’re faced with Happy Ever After (Zero Hour). I’m looking at my notes as I write out this review and the first sentence for this song is: “just wow.” And I think that summarises it pretty well, but let me try and explain what was so special about this song. The acoustic guitar here just feels as though it gives the listeners a hug, and it was honestly kind of a relief having something quiet and of a slower pace after all of the energy and noise of the songs that preceded it. It’s without a doubt my favourite track on the record and with lines like, “there ain’t no superheroes, they’re underground”, it’s easy to understand why. It carries the theme of the album perfectly, of how no-one is capable of helping you apart from yourself. It’s one of the shorter songs, and even though it leaves you wanting more—you also know that the song said absolutely everything that it needed to and was just as long as it needed to be.

Sunday Rain is another banger of a song that is worth mentioning. The guitars on this track are so enjoyable that I can’t think of any words to describe them. With songs like The Line, it’s easy to see just how big and dramatic this entire record is. Each song is there because it has something to say, some theme to bring to the album and The Line is no exception. The lyricism here is nothing short of beautiful flowing poetry (“What is truth/But a dirty black cloud coming out of the blue?”) This song is an amazing exploration of truth, and what it means to be honest to the people that matter to you.

​This album honestly kind of took my breath away. It shines. It rises and falls and drips with emotion. We, as the listeners have an equal chance to take a peek into Grohl’s mind, as much as he gives the opportunity to reflect on our lives. This album is connected, and we are connected to it—it gives us hope and nihilism and it’s wrapped up everything that life is about. It doesn’t give us any answers, and it’s not meant to either. It’s reflective and questioning; it is unapologetically one of a kind that cannot be replicated.
Written by
Asya Kardzhaliyska