PHOTO REVIEW: PVRIS Take New Record “All We Know Of Heaven, All We Need Of Hell” To Europe 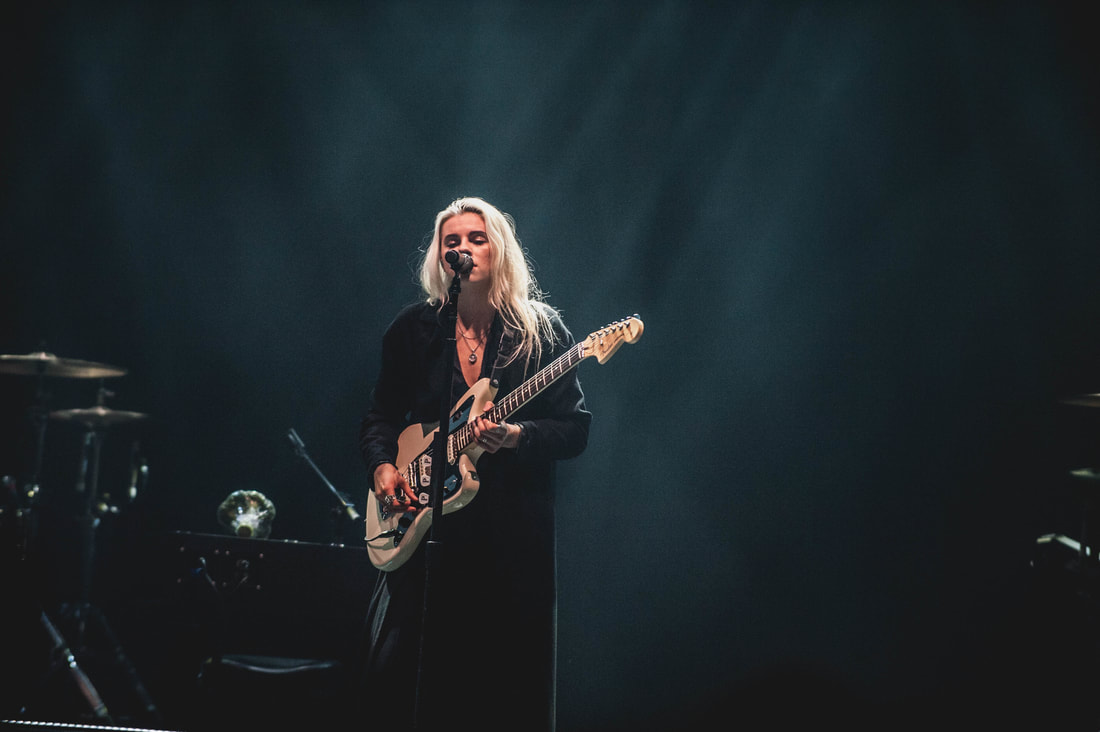 After long anticipation, PVRIS finally released their sophomore record “All We Know Of Heaven, All We Need Of Hell” back in August. After a big tour cycle around the United States of America with Lights, it was finally time for PVRIS to return to Europe to perform some shows, marginally bigger than the last.

On this tour, PVRIS also paid a visit to The Netherlands, in which they performed a show in TivoliVredenburg Ronda, a beautiful venue with a capacity of 2.000. Given their last Dutch show (back in May), was in a venue with a capacity of 1.500, while this venue wasn’t even nearly full at the time, this was quite the upgrade. Luckily people attended, and the floor area, as well as the balcony was nearing its full capacity.

When we spoke with PVRIS back in May, we discussed show-production, and they teased that they’re coming back with a bigger, stronger and better production. When PVRIS entered the stage, they came with little to no intro… a rather boring audiotape was played, while the members of the band entered the stage without making any eye contact with the audience. There was no backdrop, there were no props, there were just instruments and the musicians that played them.

PVRIS kicked off their set with a track taken from the new record, “Heaven”, which was also the lead single of the band’s sophomore record. The setlist consisted of fan favourites of both records, and each track played summoned an excitement among the fans. While the fans were excited to see the band play in The Netherlands once again, the remainder of the audience was rather bored by the stale performance PVRIS delivered this evening. Lynn Gunn’s voice wasn’t as good as one might expect, which is completely fine given the hectic touring schedule she and the band has been keeping. But if you combine a sore voice with very little crowd interaction and nothing but musicians on stage to focus at, you see more and more phones being drawn from people’s pockets throughout the set.

All-in-all, PVRIS gave a stellar show to those who were excited to see them… To those who were excited that the band came back to The Netherlands. For the most part of the crowd however, PVRIS did not live up the hype that is currently surrounding the band. PVRIS are one of the “hottest” bands in the scene right now, but what the band portrayed on stage didn’t comply these expectations.

Below you’ll be able to see Eva van Kuik’s photo review of the evening: